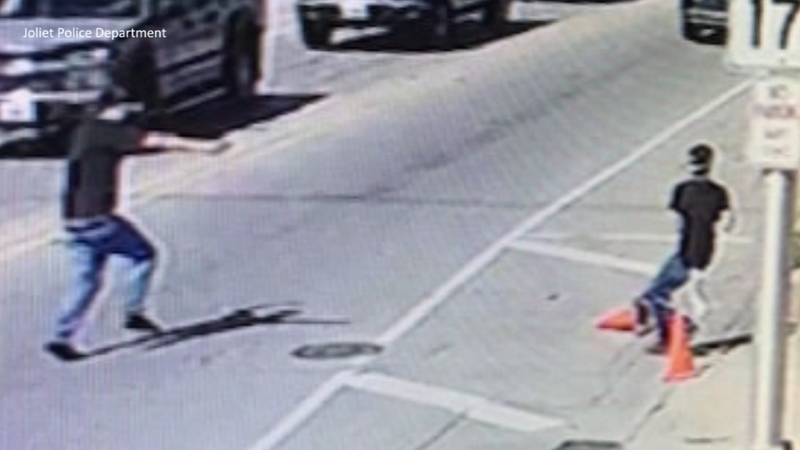 JOLIET, Ill. (WLS) -- Joliet police are searching for the gunman who shot a 16-year-old boy in the calf just two blocks away from the Mexican Independence Day Parade on Saturday.

Officers responded to the area of Collins Street and Ellwood Avenue around 1:58 p.m.

According to the City of Joliet Twitter page, the parade was scheduled to kick off at 1 p.m. from Collins Street and Cleveland Avenue.

Police released a surveillance video that shows the suspect firing a handgun at the victim.

The suspect then ran eastbound through an alley, according to police.