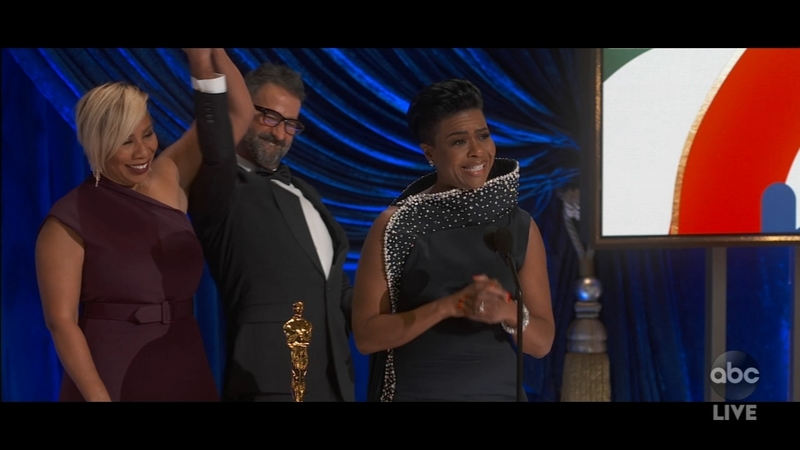 GARY, Ind. (WLS) -- Dena Holland-Neal couldn't be prouder of her daughter, Mia Neal, who made history at the Oscars.

"I was just elated and so grateful to be able to actually see that happen." she said.

Her daughter, along with Jamika Wilson, became the first black women to win in the Best Makeup & Hairstyling category for their work on "Ma Rainey's Black Bottom." Neal headed the hair department of the film.

"I also stand here as Jamika and I break this glass ceiling with so much excitement for the future," said Mia Neal during her Sunday night acceptance speech.

Holland-Neal, who lives in Gary, hosted a Zoom watch party for family and friends.

"I dressed up like I was really going to the Oscars," she said. "I had two televisions, one that I could actually watch and another I could take pictures of."

In her acceptance speech Neal paid tribute to her grandfather, James Holland. He served as the deputy mayor of Gary in the 1970s and 1980s. He was also a Tuskegee airman.

"He represented the US in the first Pan Am Games in Argentina. He met Évita. He graduated from Northwestern University at a time they didn't allow Blacks to stay on campus, so he stayed at the YMCA," Neal said.

Although Neal hasn't lived in Gary for years, her mom said her daughter's heart is rooted in her hometown.

"Every opportunity she has had she mentions that she is from Gary," Holland-Neal said.

Neal referenced Gary during an interview last nigh.