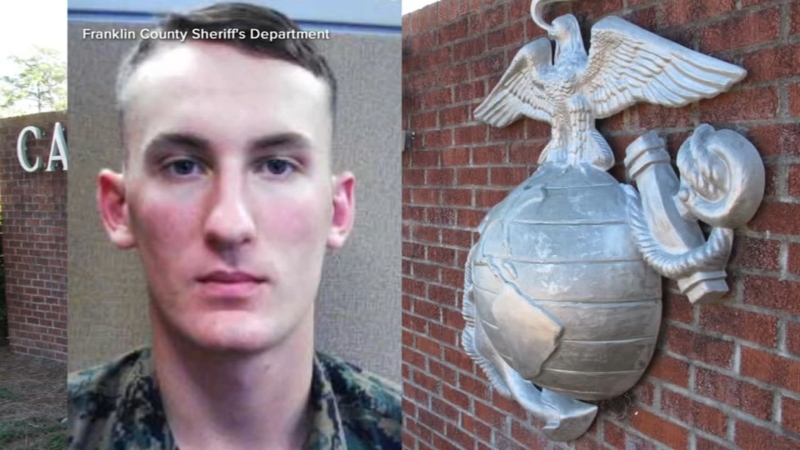 ROANOKE, Va. -- An urgent manhunt is underway to find that marine who's now a murder suspect accused of killing his mother's boyfriend.

Police are telling residents to be vigilant in the area. Officials say to lock their doors, their cars and to be on the lookout for 22-year-old Michael Alexander Brown.

Brown is a Marine deserter, accused of murder and on the run.

"Mr. Brown has not been located. We do believe he is on foot," said Roanoke Police Chief Tim Jones.

The Roanoke community was on lockdown on Thursday, with schools in the city closed.

"He could be just walking around and like no one would even notice," said Roanoke resident Melinda Lynskey.

Brown's RV was first seen at a Virginia campground and later spotted in town.

Brown is wanted for the murder of his mother's boyfriend just weeks after he deserted his post at Camp Lejeune in North Carolina.

There are reports Brown was seen knocking repeatedly on his grandmothers door, who lives nearby, early Thursday morning.

The FBI, U.S. Marshalls and NCIS have all joined in on the search for Brown.

Law enforcement officials believe Brown may be carrying a high powered rifle and potentially other weapons.