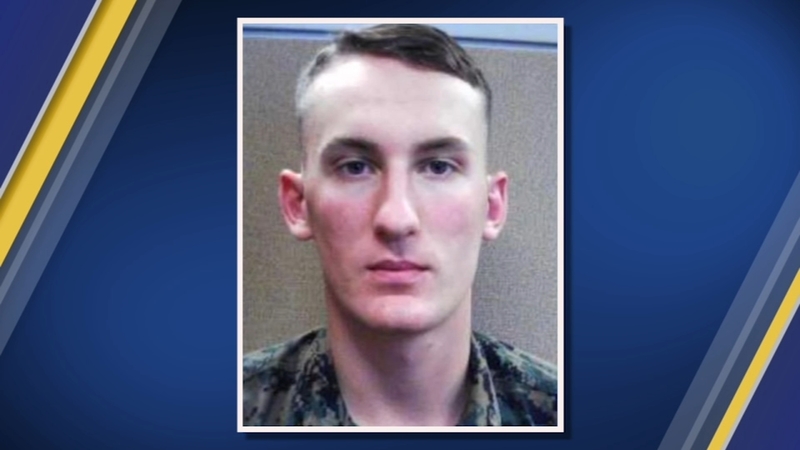 ROANOKE, Va. -- The Marine accused of killing his mother's boyfriend has been arrested after a month-long manhunt for him, according to U.S. Marshals.

U.S. Marshals and Franklin County Sheriff's Office in Virginia spoke publicly about the arrest of Michael Brown at 11:30 a.m.

Michael Brown is the Marine who abandoned his post at Camp Lejeune on Oct. 18. His mother's boyfriend, Rodney Brown, was then found dead in Hardy, Virginia, on Nov. 9.

Since then Brown has been on the run from law enforcement.

Investigators said they arrested Brown at his mother's house in Virginia around 8 a.m. Wednesday.

"This has been an intense manhunt for the past 18 days covering three states," Sheriff Bill Overton, Jr. said. "I am thankful the situation has come to a successful closure."

His mother and an attorney who agreed to take his case both pleaded for him to turn himself in peacefully.

Brown faces a charge of second-degree murder in the Nov. 9 homicide.

There was a $10,000 reward offered for information leading to his arrest. However, U.S. Marshals said no tip led to Brown's arrest.

The attorney who will represent the Marine who abandoned his post and is now accused of murder issued a public plea to her client.