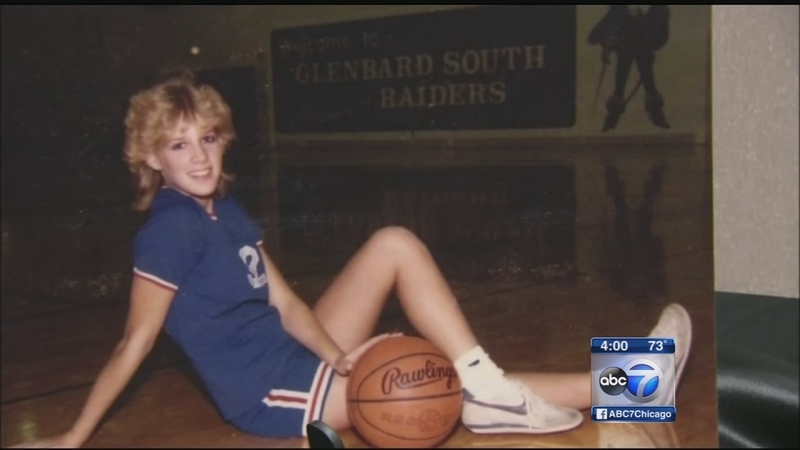 WHEATON, Ill. (WLS) -- Michael Jones, 62, is held without bond in the 1985 sexual assault and murder of a 15-year-old girl in Glen Ellyn. Prosecutors said DNA tests from earlier convictions led to his arrest 30 years after the crime.

Kristina Wesselman was sexually assaulted and murdered on her way home from a grocery store on July 21, 1985. Her body was found in a field the next morning.

"She had been sexually assaulted and had been stabbed eight times," DuPage County State's Attorney Robert Berlin said.

A rape kit was performed during her autopsy and semen found in her body led to the DNA profile of her attacker. That DNA was entered into a national database in 2000, Berlin said. On September 10, 2015, investigators were informed there was a hit with an offender in the database, he said.

That hit: Jones, who was charged with aggravated domestic battery, a felony, in July 2015 in Champaign, Ill. After 2002, the law required those convicted of a felony in Illinois to provide a DNA sample.

"That law resulted in the evidence that led to the charges in this case," Berlin said at a news conference. "Although it's taken 30 years, we are now on our way to getting the full measure of justice that this case demands."

Jones was arrested at his home in Champaign after officers searched his house on Sunday.

Jones denies the allegations and told police, "As God as my witness, I've never seen her before," Berlin said, when shown Wesselman's photograph.

Michael R. Jones, 62, was charged in the 1985 sex assault and murder of Kristina Wesselman, 15, in west suburban Glen Ellyn.

Jones, a repeat offender, was out on parole on a 1977 sexual assault case in Cook County when he raped and murdered Wesselman, Berlin said. In the 1977 case, Jones crashed his car into a woman riding a bicycle and took her to his parents' house where he raped her repeatedly. He was convicted and sentenced to 10 to 20 years, but spent only 7 years in prison.

He was paroled in 1983. Two years later, Wesselman was murdered.

"I'd like to thank law enforcement for their tireless efforts. We've been waiting for a very long time to have any suspect," said Bill Wesselman, the victim's brother.

Wesselman's mother, Sandy, now lives in Colorado. Detectives flew there to tell her of the arrest.

"Surprised, thrilled. How can you describe 30 years of a dream being fulfilled?" she said.

Wesselman had just finished her freshman year at Glenbard South High School when she was killed. The popular, athletic student was president of her class. She was full of life, her mom said, and determined to achieve a lot in a short period of time.

"I had thought when she finished her freshman year, I would have to slow her down. She was doing too much. Looking back, maybe she wanted to get it all done," Sandy Wesselman said.

Jones faces a sentence of up to natural life in prison if convicted.