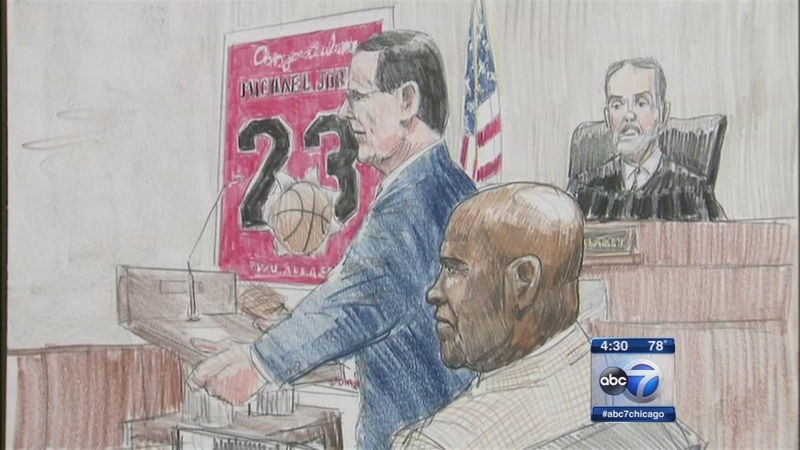 CHICAGO (WLS) -- Michael Jordan, Chicago Bulls legend and six-time NBA champion, is back in court for opening statements in his case against Safeway, the parent company of the now-closed Dominick's grocery chain.

Jordan sued Safeway over the unauthorized use of his name and persona in a 2009 ad. It congratulated Jordan on his Hall of Fame induction, used his jersey number and name, and offered customers a $2-off steak coupon. The text reads, "You are a cut above."

In 2012, a federal judge ruled Safeway violated the Illinois right of publicity act.

Although it's been more than a decade since Jordan played for the NBA, the former Bulls superstar's brand is still worth a lot of money. Last year, Jordan made more than $100 million for the use of his identity.

In his case against Dominicks, Jordan's attorney told jurors during opening statements that Jordan's identity is his most valuable asset.

"This case is fundamentally about protecting Michael Jordan's right to control who uses his identity and how they use it," said Fred Sperling, Jordan's attorney.

Sperling told jurors, "If you don't protect its use of identity, its value disappears." He says Jordan is worth so much because he limits his endorsements to a handful of companies. His biggest is Nike; between 2000-2012, Jordan's agreement with the sportswear giant was worth $480 million.

Sperling is asking the jury to pay Jordan at least $10 million, which Sperling says is the fair market value for using Jordan's identity.

But Safeway's attorney Steve Mandell argues that there is a difference between big endorsement contracts and licensing agreements. He says Jordan should be paid based on comparable uses of Jordan's identity.

Safeway argues that Jordan has been paid much less than $10 million for comparable uses of his identity. Jordan is expected to testify by the end of the week.