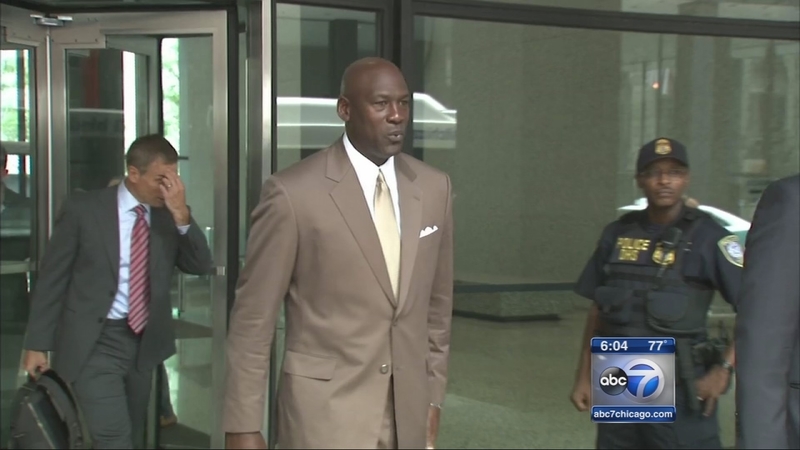 CHICAGO (WLS) -- The advertising power of Michael Jordan's name was in the spotlight again Monday thanks to his lawsuit against the former Dominick's grocery chain. Jordan claims the company used his likeness without his permission.

According to experts, Jordan's income from endorsements and popularity has gone way up since he retired from professional basketball 12 years ago.

Jordan rarely missed a game on the court and he is not about to miss his day in court. The former Bulls superstar has sat through his entire case against the Safeway-owned supermarket chain, listening to witness after witness testify about how much his brand is worth, a brand that Jordan's business and legal advisor Curtis Polk says has gone up by 400 percent since Jordan retired from the Bulls in 1998. Polk testified that Jordan made more than $100 million in endorsement deals last year, more than he made in his entire career with the Bulls.

Sports economist Andrew Zimbalist testified that Jordan remains one of the most popular athletes even though he hasn't played professional basketball in over a decade. His investment income in 2012 was double that of LeBron James and Kobe Bryant.

A jury must decide how much the grocery store chain should pay Jordan for using his identity in this ad without his permission. The full page ad was published in a 2009 special edition of Sports Illustrated. Polk testified he discovered the ad while sitting in a doctor's office waiting room. He says Jordan never enters into small one-time deals because they weaken his value. Jordan's advisors say his value is the result of a very careful strategy.

Jordan and his team say the fair market value of using his identity is $10 million, and that is what they're asking for in the suit. Safeway disagrees. Jordan is scheduled to take the stand Tuesday.