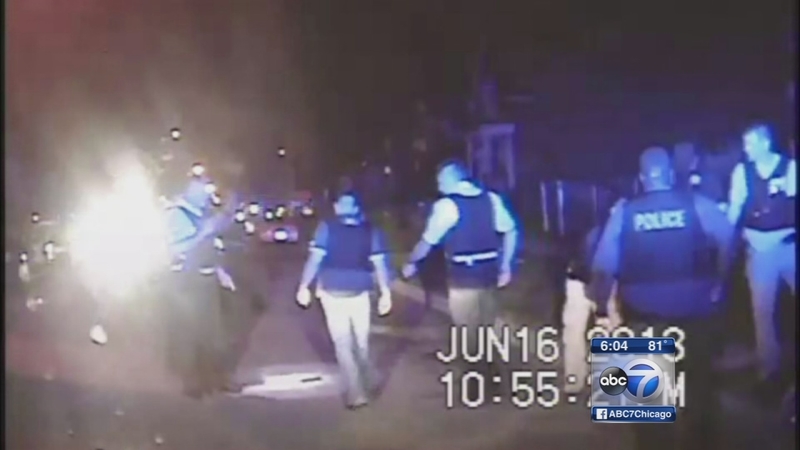 CHICAGO (WLS) -- For years, Michael Westley's mother has been fighting for the release of all the videos from the night her son was shot and killed by Chicago police.

She went to police headquarters Monday to see those videos, taken from a police pod cam near 66th and Sangamon in 2013. She said the superintendent offered his condolences, but made no apologies.

"She's been demanding this tape for three years. In the post-Laquan McDonald era this is what happened but only because we applied pressure not because this is something this police department or mayor wanted to do," said William Calloway, a community activist.

In that video, which ABC7 Chicago obtained from Calloway, 15-year-old Westley can be seen running from police. Moments later, an officer shoots and kills him, out of the camera's view.

After asking to see that video for three years, Chicago's top cop finally showed it to the boy's mother, Chantell Brooks.

Police said they were responding to reports of shots fired when Westley and others ran. Previously released dash camera video only shows the aftermath.

During the pursuit, one officer said he spotted a gun on Westley. Police said that's when another cop fired two shots.

Police said they found two guns at the scene, one of them in the teenager's waistband.

"If we get the video released you'll see with your own eyes he didn't have a gun," Brooks said.

Police said the law does not allow them to release video of minors. For comparison, the video of the police shooting of Laquan McDonald only became public after a judge specifically ordered it. Westley's family is asking for the FBI to get involved in the investigation of her son's death.