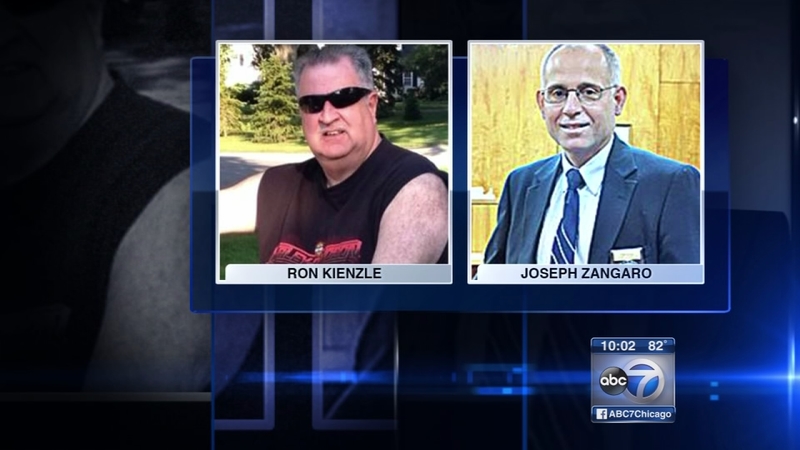 ST JOSEPH, Mich. (WLS) -- An inmate was shot and killed after he fatally shot two bailiffs and injured a sheriff's deputy at the Berrien County, Mich., courthouse Monday afternoon.

Berrien County Sheriff Paul Bailey said that around 2:30 p.m. an inmate was being transferred from a holding cell to a courtroom by a sheriff's deputy when he started a fight in the corridor. During that fight, the inmate, identified by the sheriff as Larry Darnell Gordon, 44, was able to take the deputy's gun which he used to shoot and injure the officer before shooting and killing two bailiffs a short distance away.

"All indications are he was trying to break out of jail," Bailey said.

Sheriff Bailey identified the two bailiffs killed as Joseph Zangaro, 61, and Ronald Kienzle, 63. Zangaro was head of courthouse security and working at the courthouse since 2004 and was a retired Michigan State Police officer. Kienzle had been a bailiff since 2005 and was a retired sergeant with the Benton Township Police Department and a U.S. Army veteran.

The injured deputy was identified as James Atterberry, Jr., 41, who has been with the sheriff's department since 1998. Bailey said Atterberry was in the Intensive Care Unit at Lakeland Hospital but doing well after undergoing surgery for gunshot injuries to his arm.

Gordon also shot a civilian in the arm before two bailiffs and several other officers were able to take him down, according to the sheriff. Scanner traffic indicated he took several hostages in a courtroom for a period of time.

Bailey said Gordon was in court to face numerous felony charges, but had not been a violent inmate in jail and was not deemed a serious threat, so he was not in handcuffs or leg irons. He said there were no indications he would try to escape custody Monday, or that he would do in such a deadly way.

The courthouse will be closed Tuesday.

Leroy Lane's wife works at the courthouse and was inside at the time of the shooting.

"She was crying and going on, and I told her immediately get off the phone. I instructed her to get off the phone, because if the shooter was on the loose I didn't want him hearing her voice on the phones," said Lane.

Julie Smith worked in the courthouse for 25 years.

"I've grown to know a lot of these people here and especially the heart our sheriff has for the community, it's just very sad," she said.