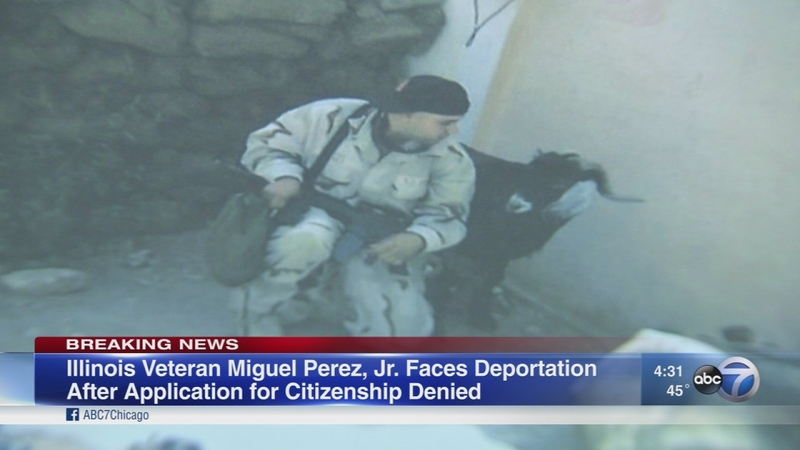 CHICAGO (WLS) -- An Illinois Army veteran's application for citizenship has been denied, meaning he could be deported at any time.

Last March a judge ruled that Miguel Perez, Jr., should be deported to Mexico.

Perez is a green card holder and army veteran. He came to the U.S. when he was eight years old and served two tours of duty in Afghanistan. He was discharged from the army with an accompanying case of Post-Traumatic Stress Disorder.

He was taken into custody by ICE after he served seven and a half years in prison for a non-violent drug charge in 2017.

Though he has lost the deportation fight for now, Perez's attorney said he will continue to appeal the decision and seek a way to become an American citizen.

"I went and talked to Miguel and gave him the bad news. He was disappointed, obviously, but he said 'I'm not giving up, we're gonna keep fighting,' and I was glad to hear that because that's what I said too," said his attorney Chris Bergin.

Illinois Senator Tammy Duckworth has written a letter of support on his behalf.