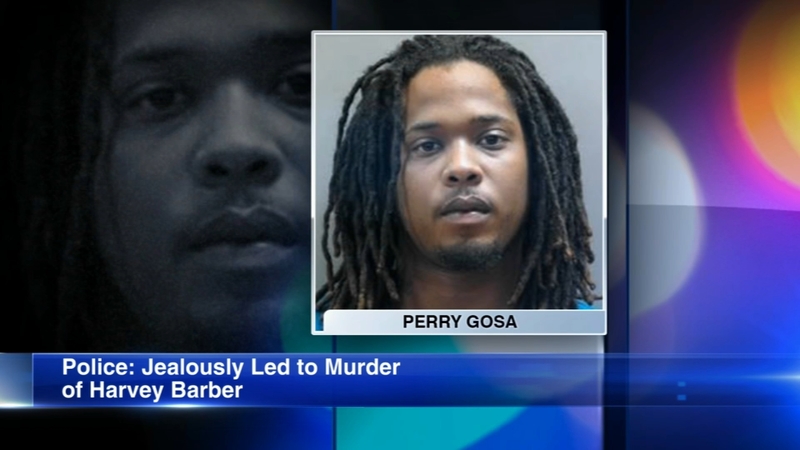 HARVEY, Ill. (WLS) -- Harvey police have announced charges against a Matteson man in the fatal shooting of a barber last month.

On Wednesday, Harvey police announced Gosa has been charged with first degree murder.

"It's given my family closure now," said Michele Carney, the victim's mother. "It's not going to bring my son back, but it will help us move on from this point."

Police said Carney was in a car being driven by his girlfriend on Oct. 21 when police said they noticed they were being followed by Gosa.

Carney stopped at a local gas station, at which point Gosa walked up to the car and shot him twice in the head, police said. He was pronounced dead upon his arrival at Christ Hospital.