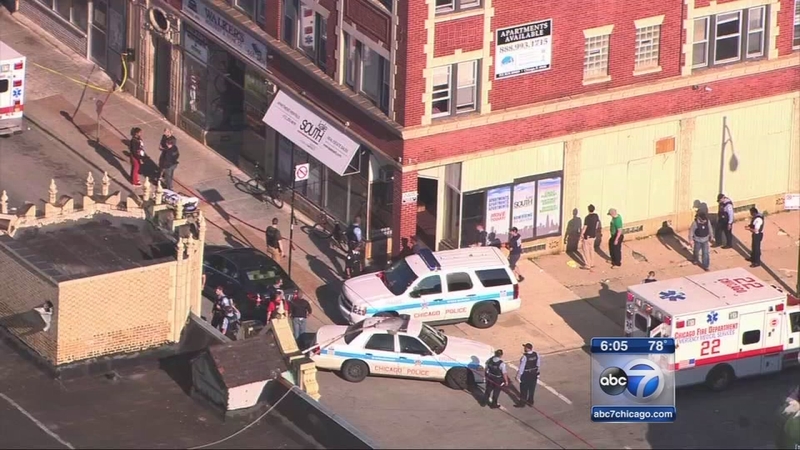 CHICAGO (WLS) -- Could there be a solution in Springfield to the surge in Chicago shootings? The I-Team has learned that a brand new, bi-partisan legislative committee will meet next week aimed at creating a fresh crime-fighting package.

The I-Team has learned that a newly-formed conference committee hopes to do with gun sentencing what a similar group did last year with state pensions: fix the problem. Right now, the average gun violator in Illinois spends six months or less behind bars, while less violent offenders take up space for years.

Tonya Gunn, a 44-year-old single mother, was cut down at a family cookout, an innocent victim of Chicago's holiday chaos that has not let up this week.

It is against this backdrop that suburban State Rep. Mike Zalewski (D-Riverside) will convene a special conference committee next Tuesday in Chicago to address legislative solutions to the crisis.

"No one is afraid of our gun laws in Illinois," said State Rep. Zalewski.

When a proposal to lengthen jail sentences for gun violators tanked in the General Assembly last spring, this joint criminal justice reform committee was formed. It was about the same time that 32-year-old Leonore Draper was shot and killed after leaving an anti-violence event.

Last month it was a special ed teacher, 58-year-old Betty Howard, hit with drive-by gunfire in broad daylight. The 23-year-old suspected gang member had a previous arrest for carrying a gun with a filed-off serial number- and would have been in jail under the law Zalewski wants to see passed.

"When you see that cycle you have to listen to cops and prosecutors who are telling you the law needs to be changed," said State Rep. Zalewski.

Zalewski said Wednesday he hopes the new crime committee comprised of six Democrats and four Republicans from the House and Senate- and the General Assembly- will be open to longer sentences for gun violators if the legislation also addresses prison overcrowding.

"We have to go back to the drawing board and see what in the gun laws make sense that again ensures that those who willfully disregard the laws are punished but those that are lawful gun owners don't face the same scrutiny," said State Rep. Zalewski.

Zalewski, an attorney, said that he believes the votes are there for a state crime-fighting package that is more than just longer jail terms for gun violators. As with the pension legislation, this is not a quick-fix. He says it may not be until January- after the election-that it could be passed.