Man rescued after being trapped for days in Arizona gold mine 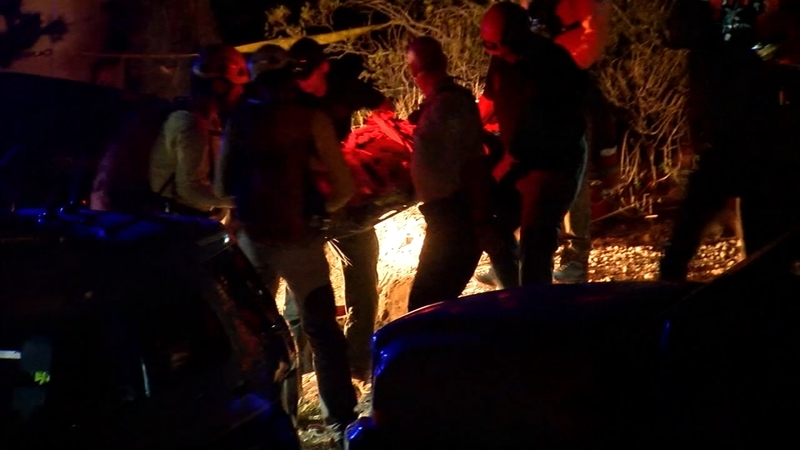 Man rescued after being trapped in Ariz. gold mine for days

AGUILA, Ariz. (WLS) -- A 62-year-old man who went to explore an old gold mine was rescued Wednesday after falling into a mine shaft and waiting two days for help.

Despite the surrounding signs, 62-year-old father John Waddell was alone when he fell into a 100 foot mine shaft Monday, reports KNXV.

"The carabiner broke I guess, and he supposedly fell 40 to 50 feet," said Waddell's friend, Terry Shrader.

Police initially said that it was a good Samaritan that found John in the gold mine shaft, but it was a friend and a pact that ultimately saved his life.

"He had called me Monday and told me he was coming to the mine. And we always had a deal, if he is not back by Tuesday," Shrader said.

John wasn't back. Immediately, Shrader had a bad feeling.

"Since he didn't come home yesterday, I was bound determined to come out here today," Shrader said.

His fear was confirmed.

"Well just as I pulled out my truck I could hear him hollering, 'Help! Help!'" Shrader said.

Shrader quickly drove out of the desert to get service.

"I did get enough that the deputies were on their way," he said.

The mountain rescue team also came, hooked up hundreds of feet in rope, created a pulley system and worked hours to get John out.

Despite the screams, Shrader said John is a tough guy and was in the mine with rattlesnakes.

"Three I guess, he said he killed," Shrader said.