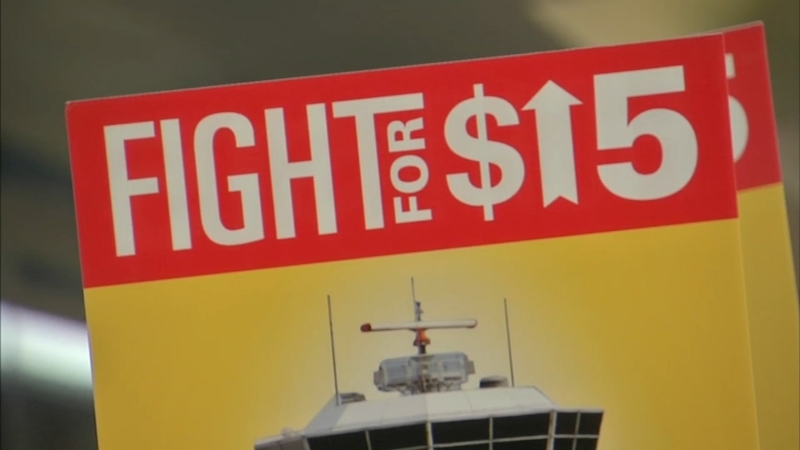 The Democratic-controlled Senate voted 39-18 Thursday on a largely party-line vote. The proposal would increase the $8.25-an-hour minimum wage by $1.75 in January of next year and $1 more on each Jan. 1 until 2025, when minimum wage will be $15.

Republicans complained the cost to employers will be too high and Illinois will lose jobs. And they say state government will pay a steep price to absorb the cost taxpayer-financed institutions and those funded by Medicaid will have to pay.

But Governor JB Pritzker said it is something the state needs to do to help working families.

"Working families have not gotten a raise in Illinois since July of 2010. Nine years. And that raise was 25 cents," Pritzker said, joined by a group of lawmakers in Springfield.

The Illinois Senate approved increasing the state's minimum wage to $15 over six years.

"Here's an opportunity for us to let those hard-working people know that we hear them, we see them, we believe in them, and we're gonna do the best that we can to make sure they have the economic stability that they need," Lightford said.

Business groups have pushed for a regionally-tiered model, similar to what was passed in Oregon, to reflect different economic realities.

"We really like that model because we think it's really equitable for employers who might be in central or southern Illinois and will have a lot more difficult time trying to figure out how to get to $15 with the ramp that's in the bill today," said Tanya Tirche-Dawood, vice president of the Illinois Retail Merchants Association.

"Increasing the minimum wage by 82 percent over the next five years would harm small businesses, kill jobs and eliminate opportunities for the workers who need them the most.

"We recognize an increase may very well become law. However, regional market wages should be considered, along with additional options for seasonal and training wages and preemption of local governments further increasing the new wage. We hope legislators will work with the business community to implement practical solutions that mitigate the impact on small businesses."

If the bill passes the House, it would fulfill one of Pritzker's key campaign promises.

Senate Republicans raised a new concern about the plan on twitter, saying that a single parent working full time with one child will not be eligible for food stamps if they are making $15 an hour.

The House could take up the bill as soon as next week.