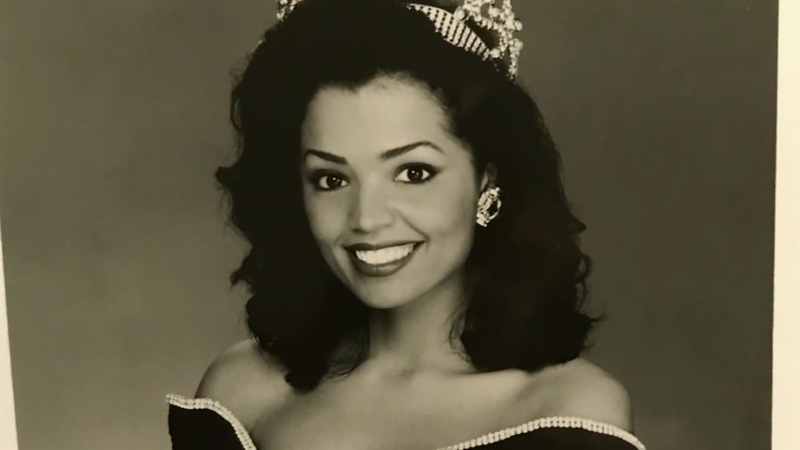 HOUSTON, Texas -- The family of groundbreaking Miss Texas USA and Miss Universe winner, Chelsi Smith, is remembering her for leaving an "indelible mark" on all those who knew her.

"Chelsi was our loving daughter, niece, and friend. We will miss her infectious laughter, joie de vivre, and free spirit," a family statement read. "She always appreciated the expressions of love and good will from people around the world and from all walks of life."

Smith won the Miss Texas USA competition in 1995 and went on to become Miss USA and Miss Universe that same year, becoming one of the only bi-racial women to win the pageant world's triple crown, according to her family.

Smith was also Miss Galveston County in 1994. She grew up in Kingwood and Deer Park.

"After retiring her crown, she set the bar for intelligent and enlightened women around the world often advocating for causes close to her heart," her family said.

A public memorial service is being planned for October in Houston.

How she was remembered inside the pageant world

Pageant coach J.J. Smith has met hundreds of women competitors over the years, but he'll never forget the first time he met Chelsi.

"There was something immediately noticeable about her," J.J. recalled. "She had something that was intangible that you can't really put your finger on."

Chelsi was the young woman from Deer Park who almost gave it up after being named first runner-up in Miss Texas. But J.J. says he encouraged her, worked with her, and the next year, she not only won Miss Texas USA, but Miss USA and then Miss Universe.

"She absolutely wanted to win and as we all know she won and won and won," J.J. said.

J.J. Smith has been a pageant coach to winners for years, but Chelsi Smith was really the first young woman he says he mentored before officially starting his business as a coach. He also says it was Chelsi who inspired him.

She made history when she was crowned as the first bi-racial Miss Texas USA.

"There had been a time where a blue-eyed blond had won Miss USA five years in a row," he said. "She wanted to embrace not just a black side or a white side, because she could relate to everyone. She wanted to put her arms around everyone no matter what your race is. Embrace who you are. She made it clear, 'I'm bi-racial.'"

J.J. says their friendship continued long after the reign. He showed a recent picture of them dining in Houston.

Chelsi even coached some of his clients in modeling. After giving up her crown, she pursued modeling, acting and singing, long after her pageant days. She remained very private at times, J.J. said, even through her illness. He says her death is such a loss and describes her as unforgettable.