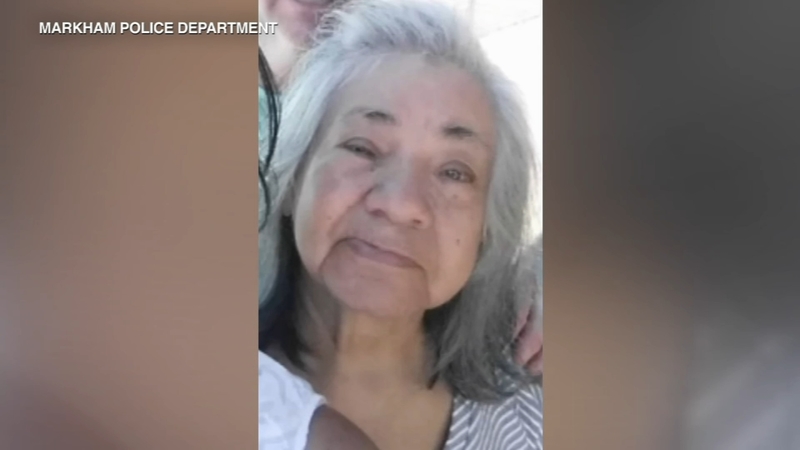 Police investigating how elderly woman ended up in vacant home

MARKHAM, Ill. (WLS) -- A Markham family is relieved after an elderly woman with dementia who had been missing for days was found safe Thursday morning in a nearby vacant home.

Crime scene investigators collected evidence from the abandoned home where police discovered Olga Guitierrez early Thursday morning. The 84-year-old was found safe in the basement on a mattress.

Markham police are now investigating how a missing woman with dementia got into the basement of a vacant home.

"I saw police running outside asking for blankets and at the time, I figured they found her," neighbor Amy Hill said.

Gutierrez, who suffers from dementia, was reported missing by her family three days ago. The home where she was found is around the corner from where Guitierrez lives.

"This is an open investigation," Markham Police Chief Jack Genius said. "We still don't know how she got there, we don't know if she got there by herself or somebody helped her or put her there."

At this point, Genius does not suspect foul play. With a condemned notice stuck on the front window, neighbors say the house had been abandoned since January.

Police checked it last night, but didn't hear anyone and thought all the doors were locked.

"It was at night with flashlights and they would pull out a door here and there," Genius said. "You couldn't do a really good search because it was dark."

When officers returned Thursday morning, one of the doors was unlocked, and that's when Guitierrez was found.

Next door neighbor Amy Hill was surprised Guitierrez was there because she never heard any sounds coming from the vacant home.

"For days I've been here and I haven't heard anything, nothing," Hill said. "And my dog would have barked and she didn't make a sound."

Guitierrez, who turned 84 on Wednesday, was taken to the hospital in good condition. Her relieved family has been with her all day.