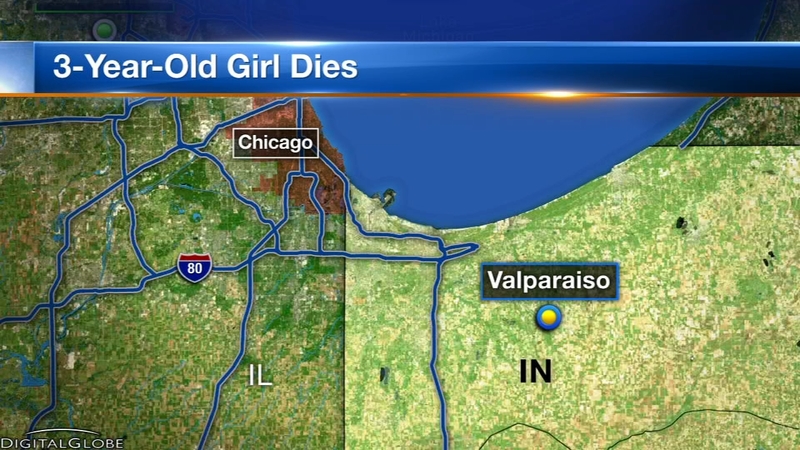 CHICAGO (WLS) -- The mother of a 3-year-old Valparaiso girl who died Monday night after being found unresponsive in a pond has been charged in the girl's death.