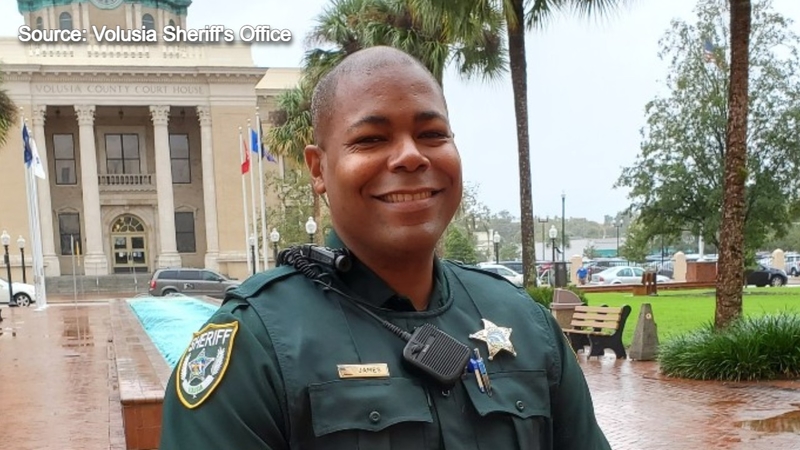 DELAND, FL -- A Florida deputy rescued a 13-year-old girl from a motel room where she was with a 22-year-old she met online.

The teen's grandmother reported her missing after she failed to come home after school Thursday. The girl missed her basketball game and had not been seen since classes dismissed.

The girl's friend told investigators that she had recently talked about meeting an older boy that she had met online.

That comes just days after a Pennsylvania man chatted with at least 10 students through their school-issued computers. He eventually abducted a 14-year-old from North Carolina. Law enforcement tracked him and the teen down in Arkansas, where the kidnapper died in a shootout with police.

In Florida, Deputy Royce James went from motel to motel in a desperate attempt to find the young girl as soon as he heard what had happened.

At every hotel, James showed desk clerks a picture of the girl, hoping to get a match.

Eventually, his perseverance and hard work paid off.

James said as soon as he got into the room, the young girl ran up to him and hugged him.

"She came running into my arms, because she knew that she had been saved at that point."

The girl requested James stay with her until she got home. He took her to a medical facility to be checked out and then took her home to her grandmother.

"At one point I did go back to my patrol car and cry. It was pretty emotional," James recalled.

Tyler Thompson, the 22-year-old who was in the room with the young girl, was arrested and charged with interference with child custody and traveling to meet after using a computer to lure a child.