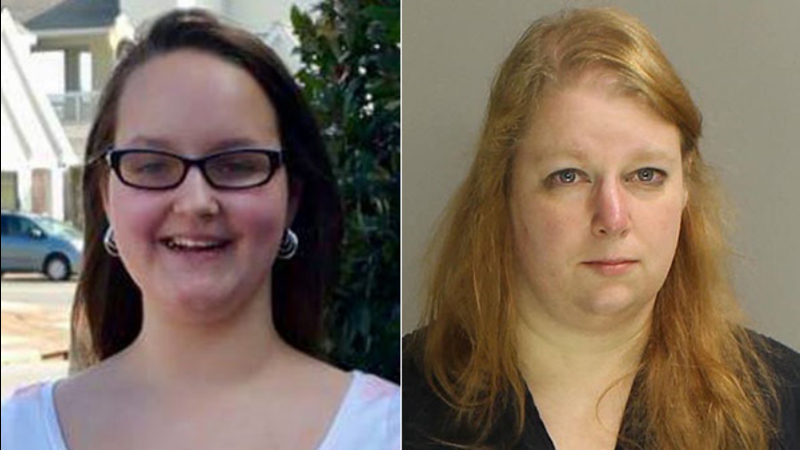 DOYLESTOWN, Pa. -- Prosecutors announced Thursday they have identified the remains of a 14-year-old girl from Montgomery County who was reported missing back in July.

Her mother, Sara Packer, has been arrested and charged with obstruction and endangerment, and has been named a person of interest in Grace's death.

Sara Packer reported her adopted daughter missing on July 11 from her home in Abington Township.

Sara said she had sent Grace to her room following an argument over the teen's request to go to a friend's house.

She told police she discovered that Grace was gone the next morning, and that she had taken $300 from their home.

Authorities say after numerous unsuccessful attempts to contact Sara Packer through August, on Sept. 7 investigators learned Grace and her younger brother had been withdrawn from Abington School District.

Authorities are now hoping the public can help with information about the mother and daughter in the days before the teen disappeared.

"That's why we put the photos out there. Maybe somebody has recognized them - maybe somebody from the schools, somebody from the community that they've been in," Steele said. "You've heard about how this was in Abington and Quakertown - these are two essential areas that we're looking at, and if anybody has information in regard to seeing them together, a last point in time, anything that's going on is going to helpful to this investigation."

Sara Packer remains in custody after failing to post $10,000 bail.