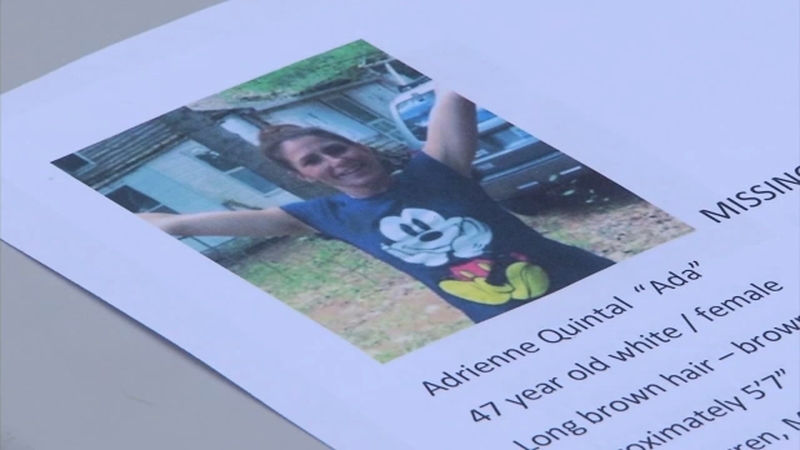 BENZIE COUNTY, Mich. (WLS) -- Michigan law enforcement officials are searching for a 47-year-old woman who has been missing since last week. Officials said they now believe foul play may be involved.

According to officials, Quintal was last heard from on October 17 when she called someone in Warren, Michigan to ask for help.

Quintal had allegedly driven to a family cabin in Honor weeks early to visit her boyfriend.

That person then called the Benzie County Sheriff's Office who went out to the cabin to investigate.

When police arrived, they said they found her car, cellphone and wallet were inside, but "observed evidence of possible foul play" and "were unable to locate Adrienne."

The sheriff's office said the boyfriend left the area on Tuesday and she went missing that Thursday.

The Sheriff's Office and state police conducted a K-9 and ground search of the area, without success. Local volunteers also came out for a more extensive search over the weekend.