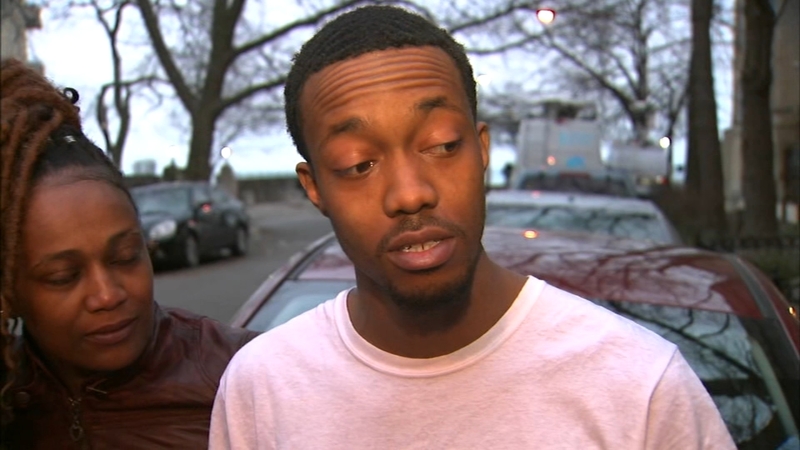 CHICAGO (WLS) -- An innocent 26-year-old Chicago man returned home Wednesday night after he was mistakenly arrested and held in jail for two days.

"I shouldn't have been there in the beginning," said Cortez Rogers.

Rogers was arrested Monday morning in Chicago during a traffic stop on a felony warrant out of Indiana, requested by the Hobart Police Department.

The charge was witness intimidation in connection with a murder case.

"I was shocked, like," Rogers said. "I never even step foot in Indiana, so I don't even know why I even had a warrant to begin with."

The wanted man was a different Cortez Rogers, who is an 18-year-old man from Indiana.

At a court hearing, Rogers was denied bail.

"He was trying to find out, what did I do? You have the wrong person. They kept telling him to be quiet, you know, order in the court," said Chrystal Ferguson, Rogers' aunt.

It wasn't until Tuesday, as Rogers was in jail, that the truth came to light.

The lawyer for the other Cortez Rogers told cops that the man in jail was not his client.

Even after learning of the mistake, Cook County officials said they couldn't release Rogers without Indiana authorities correcting warrant. He was released Wednesday because the real Cortez Rogers turned himself in Wednesday morning.

Otherwise, he could have remained in custody another week or more.

Hobart police said they may have made a "data entry mistake" in the paperwork.

Somehow, the wrong Rogers' date of birth ended up on the warrant.

In an email, Hobart police Capt. James Gonzalez said: "I'm currently conducting an internal audit of the case and searching where the error occurred. At this time, I don't suspect anything malicious occurred on behalf of our employees, but there was a mistake and I believe it may have been a data entry mistake."

Rogers, who works as a security guard, said he's always respected the law.