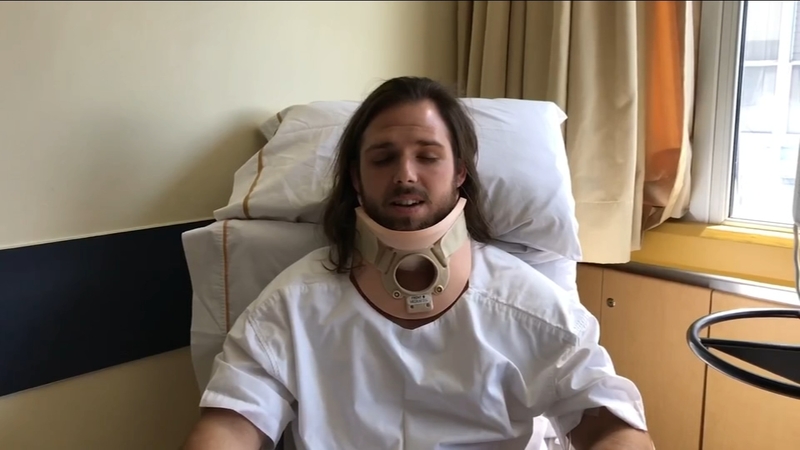 He grew up in Modesto and teaches high school in Dinuba.

He was on vacation in Guatemala on the beach with his friend Dillon Nicholson, when he made a tragic mistake.

"He just kind of misjudged the wave and dove headfirst into water that was maybe a foot and a half deep and he broke his neck," said Nicholson.

Alex had surgery on his neck vertebrae and has been in a hospital in Guatemala City for a week. He's making progress and is not paralyzed. He recorded a video of his progress and posted it on Facebook.

"I'm doing quite better than I ever thought I would be, I'm getting some good mobility back, I'm really excited to hopefully make it back to America sometime soon," said Austin.

The problem is getting home. Nicholson says the hospital requires payment in full before he can be released to fly home for further treatment.

"They've taken his passport. We've talked to the US embassy, they say it's completely normal practices, so we have to pay the bill in order for him to be released," said Nicholson.

A GoFundMe account has raised about $23,000. Dinuba High School principal Mike Roberts says money has come from teachers, and students.

"A big portion of our teachers donated, I know some of our students have donated also," Roberts says.

Alex teaches Chemistry and Science to Freshmen and Juniors and Roberts says the students have been worried.

"They were excited to hear he is up and walking around and so a lot of prayers are being sent his way," said Roberts.

Alex is expected to be released from the hospital this week if the bill is paid. He will then have to remain in Guatemala for about ten days for follow-up care. Alex's friend Dillon Nicholson says it's been an ordeal but says it's been inspiring to watch Alex pull through.

"You know, going from where we were just a week ago laying on the beach he couldn't feel anything or move anything below his neck," explained Nicholson. "So, the fact now that he's walking and he's feeding himself and can move his arms and his legs - it's an absolute miracle in my opinion."

Principal Roberts says the school hopes Alex will be back to work in about six weeks.