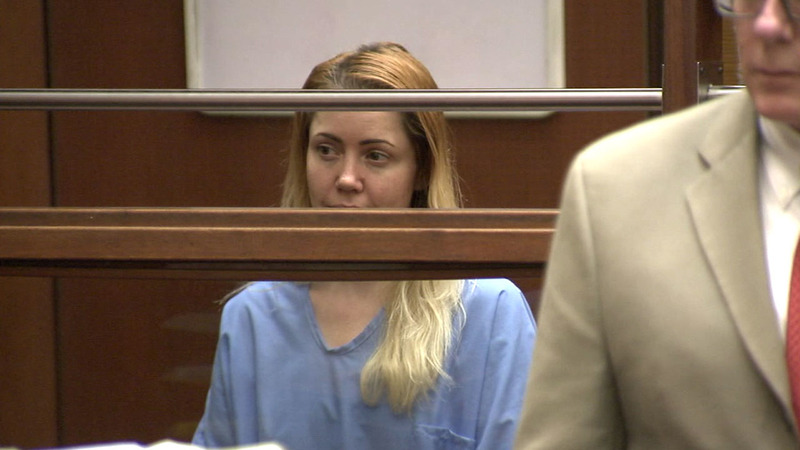 Mom charged in stabbing of her infant in University Park

LOS ANGELES -- A mother has been charged with attempted murder and child abuse after authorities said she stabbed her 6-month-old daughter in the chest at their University Park home.

Maria Mendez, 39, faces two counts of attempted murder and child abuse, as well as one count of assault with a deadly weapon. The case also includes a special allegation that Mendez inflicted great bodily injury a victim under the age of five and allegations of using scissors as a deadly and dangerous weapon.

The incident happened Tuesday, when the mother and father of the baby had gotten into an argument, according to police. At some point, the woman grabbed the infant and stabbed her once in the chest with scissors.

The woman than threatened to stab the baby's father when he grabbed the child away from her and ran outside the home, according to the Los Angeles County District Attorney's Office.

The baby remains hospitalized in critical condition and is expected to survive. Authorities said the woman is suspected of burning the baby the day before the stabbing.

A protective order has been issued for the infant and her father.

If Mendez is convicted on all charges, she faces a maximum sentence of life in state prison. She remains in jail on more than $2 million bail. Her arraignment hearing is scheduled for April 12.