Monkey on bike snatches toddler off bench, drags child away in viral video 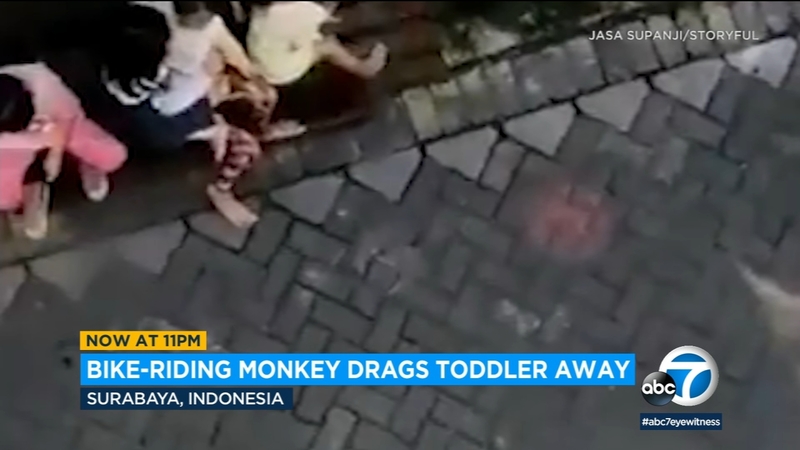 SURABAYA, Indonesia -- A somewhat bizarre viral video shows a monkey snatching a toddler off of a bench in Surabaya, Indonesia.

A bystander recorded the incident from above a narrow street, where the animal was riding a small bicycle as it approached the child and two adults who were sitting alongside him.

The footage shows the monkey dragging the boy several feet away before eventually releasing its grip on his clothing.

The monkey was apparently part of an entertainment group, which is why music is audible in the background of the clip.