Girl, 16, sexually assaulted after being forced into vehicle on Far South Side 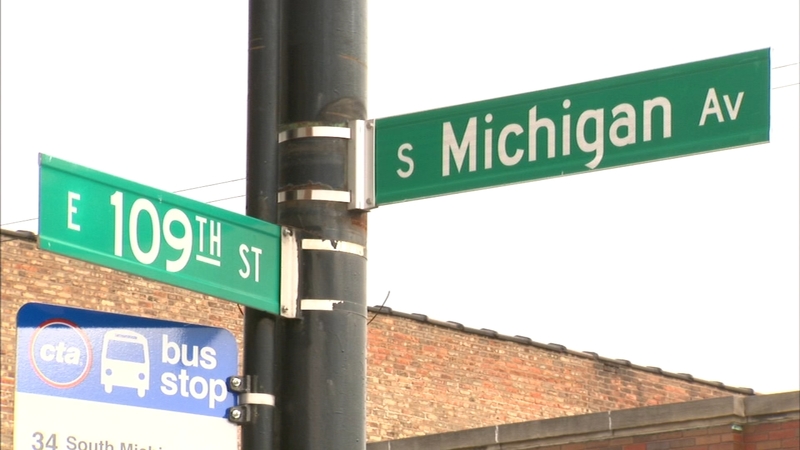 Girl, 16, sexually assaulted after being forced into vehicle in Morgan Park

CHICAGO (WLS) -- Chicago police have issued a community alert after a 16-year-old girl was sexually assaulted and robbed after being forced into a vehicle on the Far South Side Monday afternoon.

The 16-year-old told police she was walking near 109th Street and South Michigan Avenue at about 12:30 p.m. when a man in his late 30s drove up in a white four door vehicle. Police said he struck up a conversation with the 16-year-old and then he pulled her into his vehicle and displayed a blunt instrument.

The suspect drove about two miles away to an alley near 11300-block of South Morgan Street where he sexually assaulted and robbed her.

One man who saw the victim after the attack, and got her help.

Kavele Williams said he was inside his Morgan Park home when he got a call from his cousin who was just pulling up to his front door.

Neighbors in Morgan Park are standing watch after a 16-year-old girl was sexually assaulted Monday.

"He pulled up to see what was going on because he saw her crying real hard and he called me and said, 'hey, man you got to come outside because there's something real serious going on,'" Williams said.

Williams came out to find the 16-year-old shaken and upset.

"She was crying real bad. Her hair was all over the place, her pants were unbuttoned," Williams said. "You could just tell something had happened to her...She was saying that somebody has assaulted her, snatched her in the car, pulled through this lot and went back there were that alley is there and took her phone and a few other items from her."

Now, Williams and his neighbors are keeping watch on their street.

"We don't like that kind of stuff going on in our neighborhoods and if somebody would have seen what was going on we definitely would have intervened and for anybody that has those kind of intentions don't bring it to our neighborhood," said concerned neighbor Lemonde Bette Jr.

"We're gonna be out here every morning," Williams said. "This ain't going to happen here no more. I hate that it happened. I hope she's alright, but we're definitely going to be out here on alert. That's why we're out here now making sure everything is good."