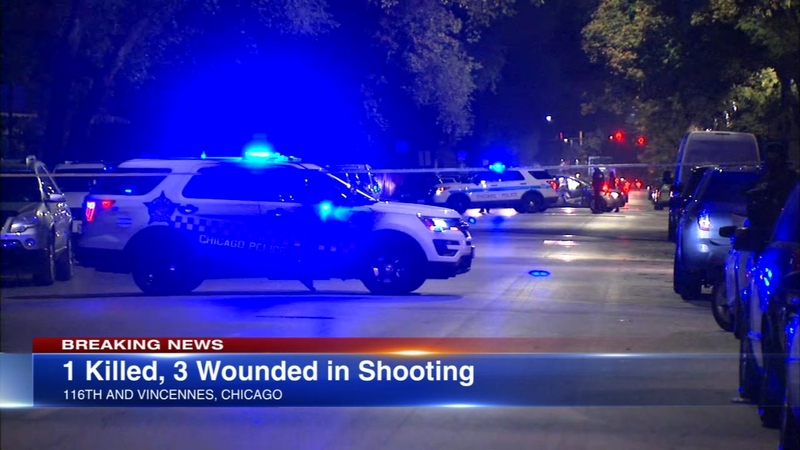 CHICAGO (WLS) -- Chicago police said three people were injured and one person was killed in a shooting Friday night in the city's Morgan Park neighborhood.

The man fatally shot was identified Saturday as Tom Patterson James Sr., 32, according to the Cook County Medical Examiner's Office.

The shooting happened in a home in the 11600-block of South Vincennes Avenue after a gathering, police said.

Further details about the circumstances of the shooting were not immediately clear.

A large police presence was apparent around the scene of the shooting Friday night.

No further information about the victims has been released.