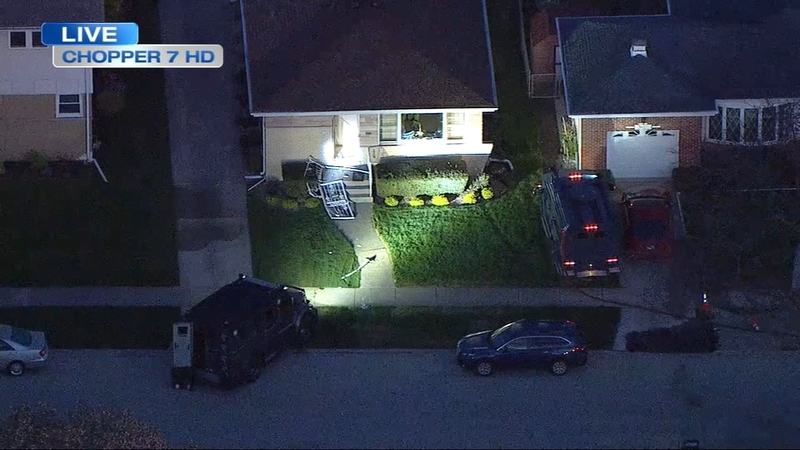 The man barricaded himself about 5 p.m. Monday in the 8900-block of Oriole Avenue in Morton Grove, police said.

Law enforcement officials went to a residence on that block around that time to take Kevin Maguire, 51, of Morton Grove into custody for an aggravated domestic battery charge stemming from an incident on Sunday and serve him with an order of protection, a Morton Grove official said.

That's when Maguire pulled out a shotgun, and police took cover outside, according to local officials.

A family member who was inside was able to leave unharmed, officials said.

Throughout the night, police worked to contact Maguire but were unable to reach him.

"Various methods to get Maguire to come out of the residence were employed including chemical irritants, which so far have been unsuccessful," officials said.

Maguire pointed the weapon at police officers out various windows of the home several times throughout the night, officials said.

About 9:15 a.m., police entered the home and took Maguire into custody.

No shots were fired and no one was injured in the incident, police said.

Morton Grove police asked nearby residents to remain inside their homes during the incident, but said there was no longer any danger later Tuesday morning.

Morton Grove police and the NIPAS Emergency Services Team are still on the scene, and the area is closed to through traffic.