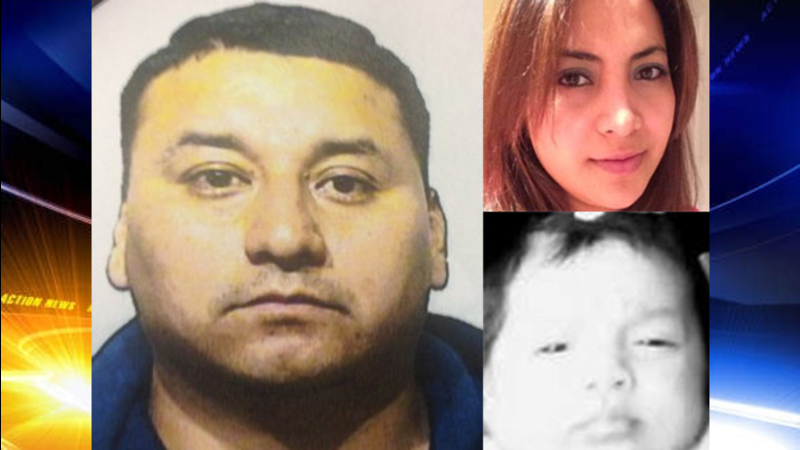 BRIDGETON, N.J. -- Prosecutors said a southern New Jersey man strangled his ex-girlfriend and suffocated her 3-month-old daughter before dumping their bodies in a wooded area.

Ricardo Santiago, of Millville, pleaded not guilty Thursday after he was arrested Tuesday night and charged with homicide.

Police say Santiago led officers to the bodies, which were found at a boat ramp at 666 Back Neck Road in a rural part of Fairfield Township, Cumberland County.

According to the prosecutor's office, Neidy Ramirez was strangled with a cord of some kind and buried under a pile of leaves.

Her daughter, Genesis, was found some distance away. Officials said she died of a crushed chest and suffocation.

Ramirez's family wept in court as they heard the grisly details of her death.

She leaves behind two young sons, ages 5 and 8. Santiago is the father of one of them.

Santiago is being held at the Cumberland County Courthouse on $2 million bail.