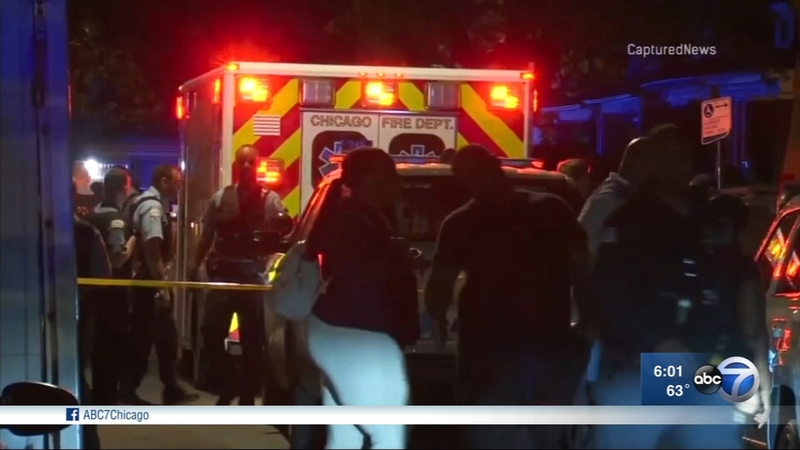 CHICAGO (WLS) -- A 24-year-old woman holding her toddler was among three people shot Friday night during a gathering to honor a man killed last year by gunfire.

The toddler was not injured, but the woman was in intensive care Sunday. A 22-year-old woman was shot in the chest and hospitalized in serious condition. A 27-year-old man sustained a graze wound to his leg and stabilized at a hospital.

"My daughter is struggling for life," said the mother of the 24-year-old woman holding the toddler. She did not want to be identified because she fears for her family's safety.

About 10:55 p.m., they were standing on a sidewalk in the 7300 block of South Carpenter Street in the Englewood neighborhood on the South Side when shots rang out, according to Chicago police. The gunman opened fire from the south end of the block.

No one was in custody Sunday.

The toddler, a 2-year-old girl, has says that "fireworks hurt my momma," her grandmother said.

The grandmother added: "I just don't understand who would shoot with kids, just come out and sling bullets with kids."

The block party celebration was in memory of Clarence Hart, a 29-year-old man killed in March 2017 not far from his West Englewood home.

Witnesses say gunfire erupted only hours after police came to the neighborhood to respond to reports of someone with a gun on the same block. The officers were surrounded by the same group of partygoers who began throwing things at officers. Two people were arrested.

Some residents believe the two incidents are connected.