Josephine 'Mother' Wade honored to be featured in new cookbook 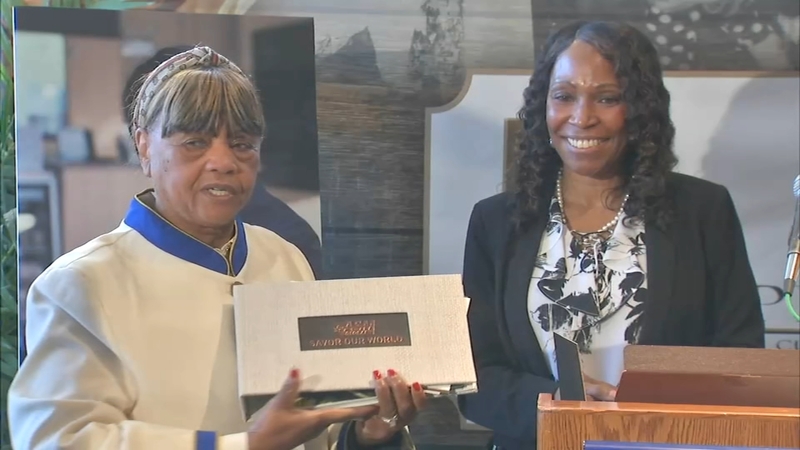 CHICAGO (WLS) -- Josephine "Mother" Wade held back tears after being selected for a new cookbook. The book features recipes from chefs from the around the world.

Wade, who owns Josephine's Southern Cooking in Chicago's Chatham neighborhood, is the only Black woman in the book.

"I have always been in the background of history-making in this city and this is the first time that I think that I have ever been acknowledged like this," Wade said at a small celebration at McCormick Place Thursday morning.

The book features vendors of Savor, a food service company that operates in arenas, stadiums and convention centers, including McCormick Place where Josephine's Southern Cooking has a spot at the food court.

"I soon will be 80-years-old," Wade said. "I waited a lifetime to be known in a book of anything around the country, so this is indeed an honor for me."

In the cookbook Wade shares recipes for several dishes, including for hush puppies.

Wade has owned a restaurant in Chatham since the 1980s. She started operating at McCormick Place in 2019.

"With her being the only African American woman in the cookbook and having this awesome recipe that not only spotlights McCormick Place, but it spotlights Chicago," said Larita Clark, CEO of Metropolitan Pier and Exposition Authority, which owns McCormick Place.

Wade said she wants to continue to inspire others to follow their dreams.

"I really honestly think I can fly now because I want this door to be open for other young ladies," she said.