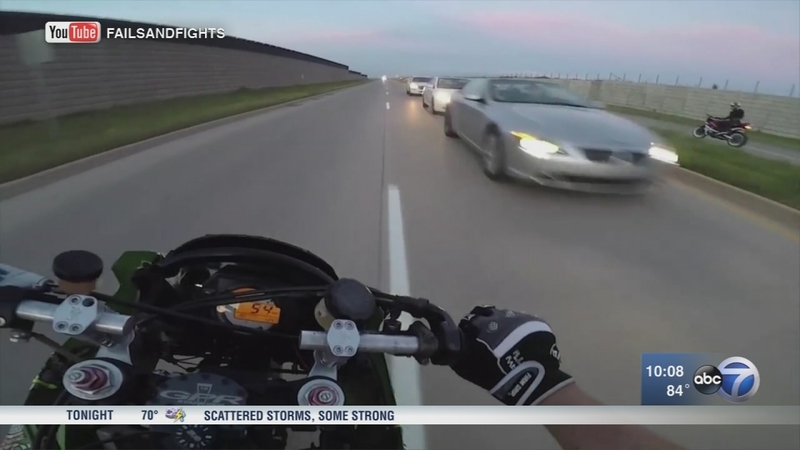 ST. CHARLES, Ill. (WLS) -- A video posted on YouTube led to the arrest of a St. Charles man accused of fleeing from police, running red lights and speeding at more than 140 miles per hour.

Brian Bianco, 23, has been charged with multiple felonies, including fleeing police. Police said they identified the driver by matching the arm tattoos seen in the video.

The alleged encounter, which happened last week on a busy road in west suburban St. Charles, was captured on Bianco's helmet-mounted camera, according to police.

The video shows the rider speeding away from a traffic stop and ignoring red lights.

Police said they arrested Bianco after the video was posted on YouTube. A tip from the public led them to Bianco's social media pages, which police said showed him with arm tattoos matching those in the video.

"In this case, it made it very easy for us to find out who the person was and arrest him for it," Kintz said.

The video is part of a compilation showing what appears to be the same rider in a separate encounter with Chicago police. A group of bikers eludes an officer, at one point turning around when the street is blocked, riding into oncoming traffic and swerving around several vehicles.