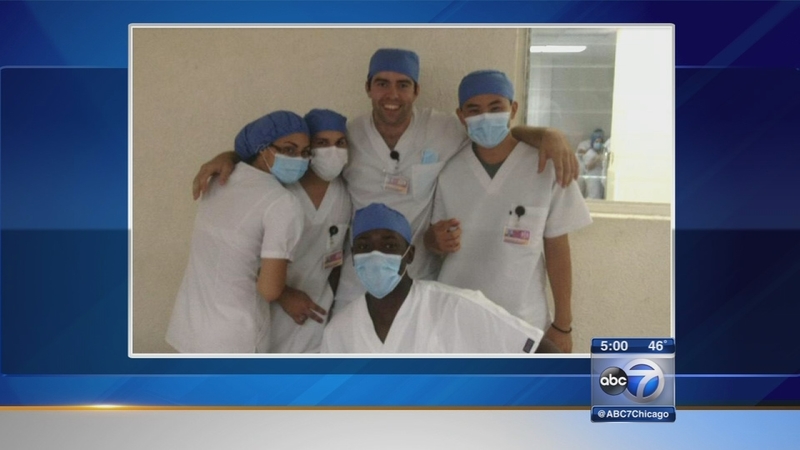 CHICAGO (WLS) -- Chicago police are searching for a 28-year-old man last seen seven days ago at a library.

He is four weeks from graduating with his medical degree. He's a University of Guadalajara student in Chicago on a two-year clinical rotation at Jackson Park Hospital.

Joseph Monye is a year behind his brother on the same track. They come from just outside Baltimore where there's fear of the prospect of what may have happened to the eldest son of an academically decorated family.

Police will only say they are investigating. Ambrose Monye's classmates say he's a quiet and helpful guy who moves predictably between his Hyde Park apartment, the gym and the hospital. They got worried when they did not hear from him by Saturday. They went to his apartment and found nothing unusual -- there were even fresh groceries in the fridge.

Earlier in his Chicago stay, Ambrose Monye completed a rotation with an ophthalmologist. Preparing for a career in medicine was his sole focus, his family says.