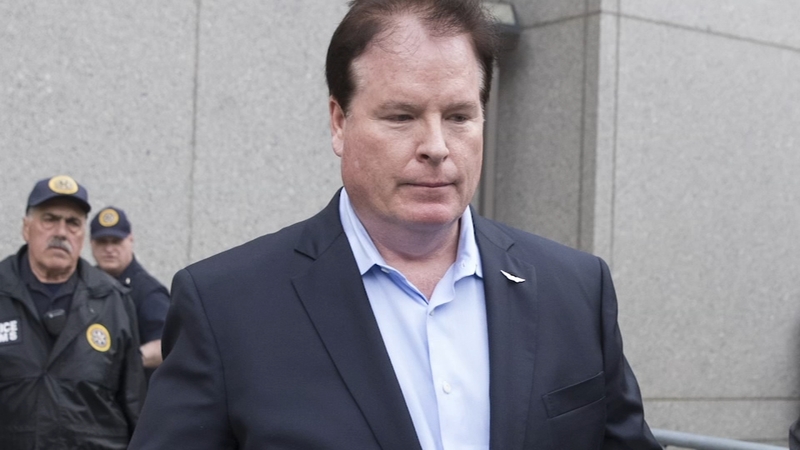 Mueller's Russia investigation has been wrapped for a year and a half at the Department of Justice. Two of the cases that reverberated from Mueller's office involved bank and tax fraud Manafort. Seven hundred miles away, at Chicago's Federal Savings Bank, a bribery case was brought against founder and then-CEO Stephen Calk.

Manafort received $16 million dollars in loans from Calk, who authorities say wanted to be Secretary of the Army in a quid pro quo deal.

With that trial due to start Dec. 2, prosecutors sent a letter to the judge saying they found 29,858 documents in Robert Mueller's office that are possibly pertinent to Calk's case, including 53 jailhouse phone calls Manafort made during his pretrial detention.

"It's unusual, it's not terribly uncommon, that the government comes across some information or some documents a little late in the game, but it's a huge volume of documents, it's very close to a trial it's obviously a very significant trial. It's pretty unusual which is why you see the government speaking very apologetically in this letter," said ABC 7 legal analyst Gil Soffer.

"The government, generally speaking, is not obliged to identify what's most relevant, what's least relevant; they're going to take a broad view, they're going to provide a big mass of documents to the defense and let the defense worry about it," he said. "They don't have that luxury right now, they're staring down the barrel of an upcoming trial, they know the court's going to be really displeased with them for this late disclosure. It's very unhelpful development for the government, they have to know it feeds the narrative, and they're trying to do all they can to make clear to the court that there was nothing nefarious going on But this won't be a welcome development of the court."

Most of 30,000 documents are not believed to be directly linked to Calk's case, but the defense still has to sort through them.

Another snag in the trial: Illinois is on New York's state quarantine list which means Chicago attorneys and witnesses, even Calk himself, have to quarantine for two weeks before the prosecution begins. There is a hearing on all this Thursday morning in New York court.
Report a correction or typo
Related topics:
chicagoloopdonald trumprobert muellerbriberyi teampolitics
Copyright © 2021 WLS-TV. All Rights Reserved.
I-TEAM