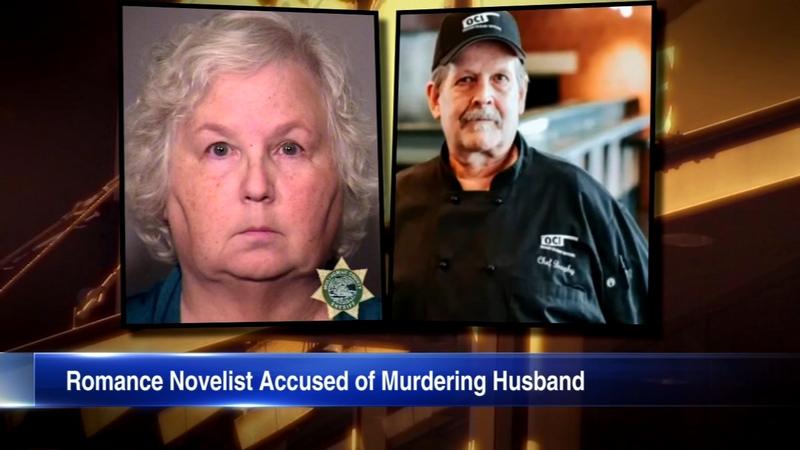 PORTLAND, Ore. -- Nancy Crampton-Brophy, author of "The Wrong Husband" and 'How to Murder Your Husband", pleaded not guilty Monday to the murder of her husband of 27 years, Chef Daniel Brophy.

Crampton-Brophy, 68, was charged with murder and unlawful use of a weapon. She is accused of shooting her 63-year-old husband at the Oregon Culinary Institute on June 2. He was alone in a kitchen early when he was killed. At the time, police said there were no obvious suspects.

Crampton-Brophy posted on Facebook a day after her husband's killing, saying in part:

"I have sad news to relate, my husband and best friend, Chef Dan Brophy, was killed yesterday morning. I'm struggling to make sense of everything right now. While I appreciate your loving responses, I am overwhelmed."

Brophy was a well-liked instructor at the school, where he taught for 12 years. A memorial was held for him the next day, where his wife addressed the crowd.

"Dan was one of the few people I've ever known who did exactly what he wanted in life and loved doing it."

Crampton-Brophy was arrested three months later. According to a court document, investigators said they believe she killed him with a 9mm pistol. Authorities have been tight-lipped about the rest of the investigation and sealed the probable-cause affidavit.

The self-published romance writer has penned several novels, including "The Wrong Husband", which is about a woman trying to escape an abusive marriage.

In 2011, she published an essay called, "How to Murder Your Husband", in which she wrote, "I find it easier to wish people dead than to actually kill them. But the thing I know about murder is that every one of us have it in him/her when pushed far enough."

Her trial is expected to begin Oct. 26.