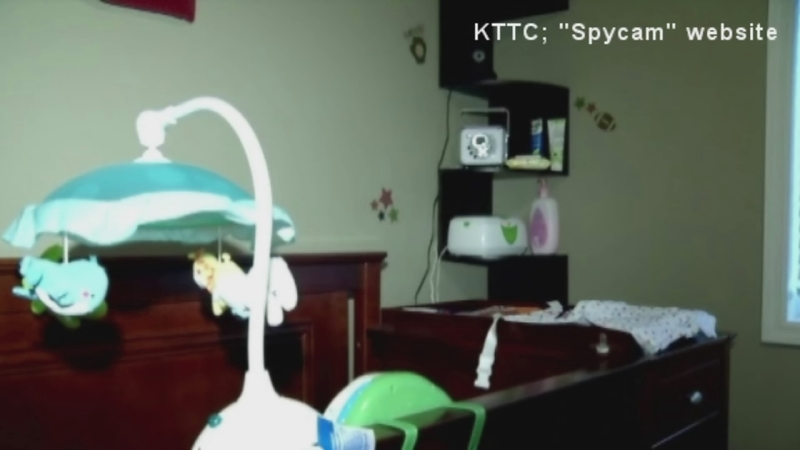 ROCHESTER, MN -- A mother says hackers from another country have been gaining access to their home's nanny cam.

The family told KTTC-TV they first noticed the problem when they heard music coming from the baby's room.

"We were sleeping in bed, and basically heard some music coming from the nursery, but then when we went into the room the music turned off," said the child's mother, who wishes to remain anonymous.

The family then began to investigate and found the hackers were from Amsterdam. The hackers had figured out a way to hack into their Foscam webcam and even take control of the camera. The family also found photos of their nursery on a website along with thousands of photos from other homes.

"There's at least fifteen different countries listed and it's not just nurseries -- it's people's living rooms, their bedrooms, their kitchens," the mother said. "Every place that people think is sacred and private in their home is being accessed."

Foscam branded nursery cameras have been hacked before, including a home here in Houston where hackers were using the camera to say sexual things to their two-year-old daughter. At the time, the company blamed a "firmware vulnerability" and upgaded the software on its Foscam cameras, but PCWorld says that hasn't stopped hackers from finding other ways to break into Foscams around the world.