NASCAR bans Confederate flag from its races and properties

AP
NASCAR has banned the Confederate flag from its races and properties.

NASCAR says Wednesday the Confederate flag "runs contrary to our commitment to providing a welcoming and inclusive environment for all fans, our competitors and our industry."

Bubba Wallace, NASCAR's lone black driver, called this week for the banishment of the Confederate flag and said there was "no place" for them in the sport. Wallace asked the stock car series with deep ties to the South to formally distance itself from what for millions is a symbol of slavery and racism.

Former chairman Brian France in 2015 tried to ban the flying of Confederate flags at race tracks, a proposal too broad to enforce and one that angered NASCAR's core Southern-based fan base.

The move was announced before Wednesday night's race at Martinsville Speedway. Wallace was set to drive a Chevrolet with a #BlackLivesMatter paint scheme.
Report a correction or typo
Related topics:
sportsconfederate flagnascaru.s. & worldconfederacy
Copyright © 2020 by The Associated Press. All Rights Reserved.
NASCAR 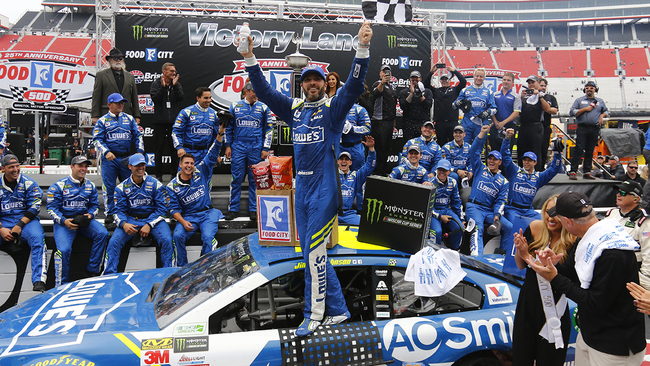 Trump 2020 car to race at Indianapolis Motor Speedway this weekend