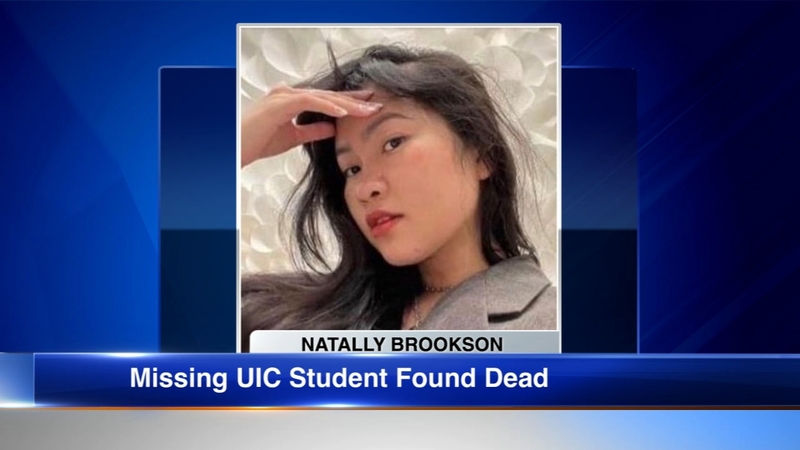 CHICAGO -- A body recovered from Lake Michigan has been identified as a missing University of Illinois at Chicago student who went missing a day after her boyfriend disappeared.

Brookson, 22, was reported missing April 30 and was last seen leaving work in the 5500 block of North Maplewood Avenue, officials said.

The previous day, her boyfriend 26-year-old Daniel Sotelo was also reported missing. He was last seen in the area of the 1700 block of South Racine Avenue, police said.

Sotelo and Brookson both attended UIC, where Brookson was pursuing a psychology degree, according to a GoFundMe page created to help cover funeral expenses.

"Natally was such a caring, smart, and strong woman," a friend wrote on the page. "She was loved by everyone and always radiated positivity."

Another friend wrote: "She had a very big heart for her friends and family. Her kindness, generosity and joy will live on everybody's hearts forever."

Anyone with information on Sotelo's whereabouts was asked to call Area Three SVU detectives at 312-744-8266.