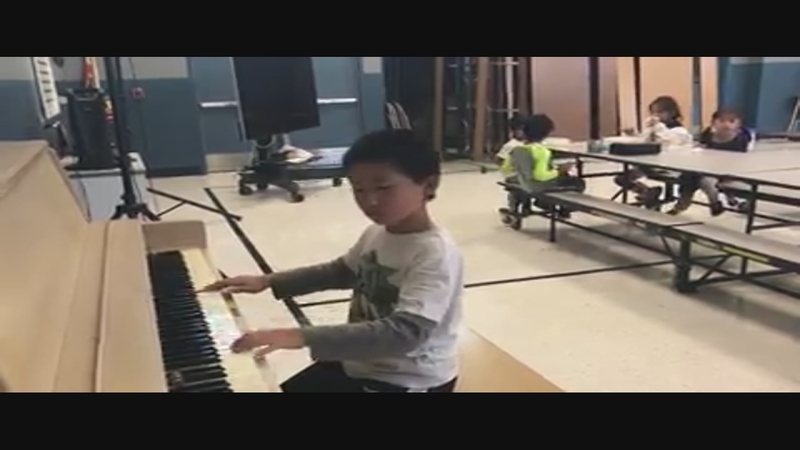 FOLSOM, Calif. (WLS) -- A fifth grader from Folsom, California is becoming an internet sensation after a video was posted of him playing piano during lunch time at his elementary school.

Nathan Zhang, who has been playing piano since he was 5, spends part of his recess playing the piano for first graders at Theodore Judah Elementary School while they eat lunch. He said he loves performing in front of people and thought that adding music to their day would be great for them.

At the age of 10, Zhang said one of his best experiences has been playing Carnegie Hall in New York after he won an online contest. He said he also plays the violin, but prefers to focus on the piano.