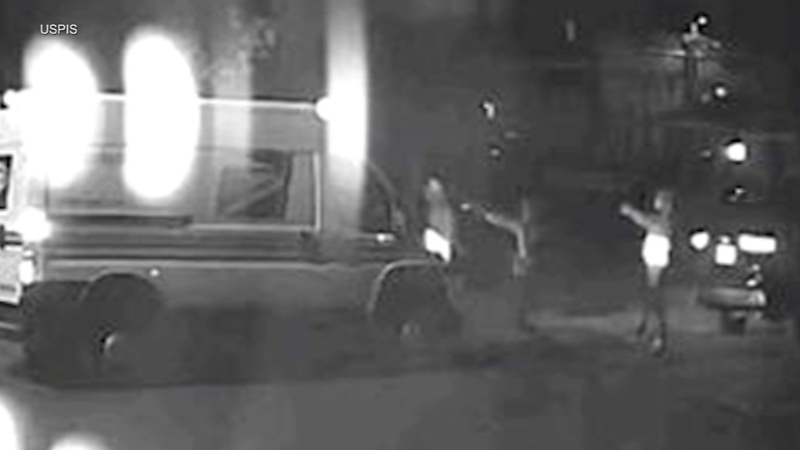 Reward offered in stickup of South Side mail carrier

CHICAGO (WLS) -- A grainy photo of an unsolved USPS armed robbery last November on the South Side is just one example of what the I-Team has identified as a growing threat to postal workers.

There were 7,000 reports of violent crimes against postal workers in the last reported year, according to the National Association of Postal Supervisors.

Postal service officials are asking for help in a Chicago incident, circulating a $25,000 reward alert for information leading to four masked suspects who robbed a letter carrier at gunpoint on Nov. 22, 2021.

The bandits escaped in a late model Jaguar F-Pace SUV after the stickup on South Champlain in Park Manor, according to investigators.

It is not the first high profile robbery of postal workers here.

In September 2020, a letter carrier was shot several times and critically wounded on 91st Street while on her route. The 24-year-old woman was hit by drive-by attackers.

The previous March, a letter carrier in Brighton Park was wounded in gang crossfire.

Although hard data is hard to come by from postal authorities, the I-Team has obtained a letter from the national president of the Postal Supervisors Association to the U.S. Postmaster General.

It was just written in December and states armed robberies, shootings and mail thefts "are not one-off events." The association leader states, "They are part of a wider effort often linked to gangs and criminal networks aimed at stealing, altering and cashing checks to amass personal information from stolen mail to commit identity theft."

According to the postal supervisors' executive, "We cannot allow these kinds of assaults upon carriers and other postal employees to continue."