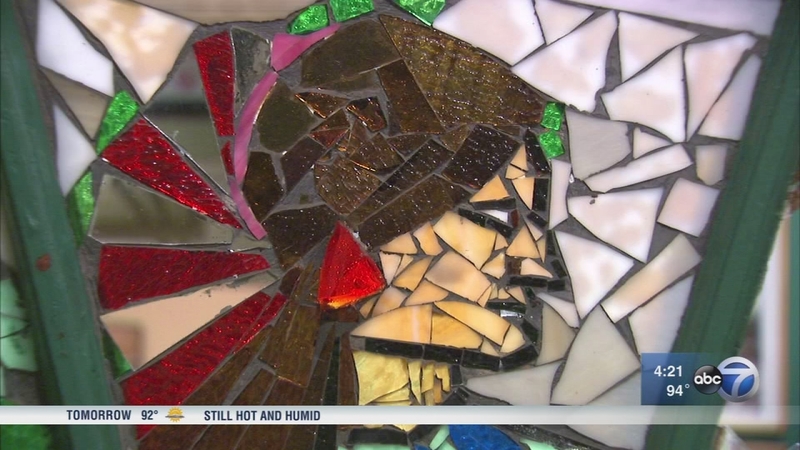 New exhibits up at National Museum of Mexican Art

CHICAGO (WLS) -- In celebration of Hispanic Heritage Month, a new exhibit at the National Museum of Mexican Art looks at the role Mexican culture plays on Chicago's architectural landscape.

People used to call Pilsen "La Dieciocho," which means the 18th. Even if you lived on 16th or 21st Street, or one of the other streets that goes in the other direction, people still referred to it as "La Dieciocho."

Chief Curator Cesareo Moreno said this kind of stuff is all a part of an exhibition titled "Placemaking & Landmarks."

"The exhibition takes a look at the Mexican community that was displaced because of eminent domain. In other words in the 50s and the 60s the city government and the federal government built an expressway. The 290 expressway, the congress expressway and then the UIC circle campus. Many Mexican Americans were displaced from this neighborhood and they moved about a half of a mile south across the train tracks to what is now known as Pilsen," said Moreno.

The exhibit is primarily comprised of photographs from the 1950s and 1960s along with some artifacts, like a stained glass windows from Casa Aztlan.

The artwork showcased is also a part of Chicago Architectural Biannual. Institutions and artists across the Chicagoland were asked to participate and bring perspective that shed light on individual communities.

The National Museum of Mexican Art is also opening their Day of the Dead Exhibit Friday night.