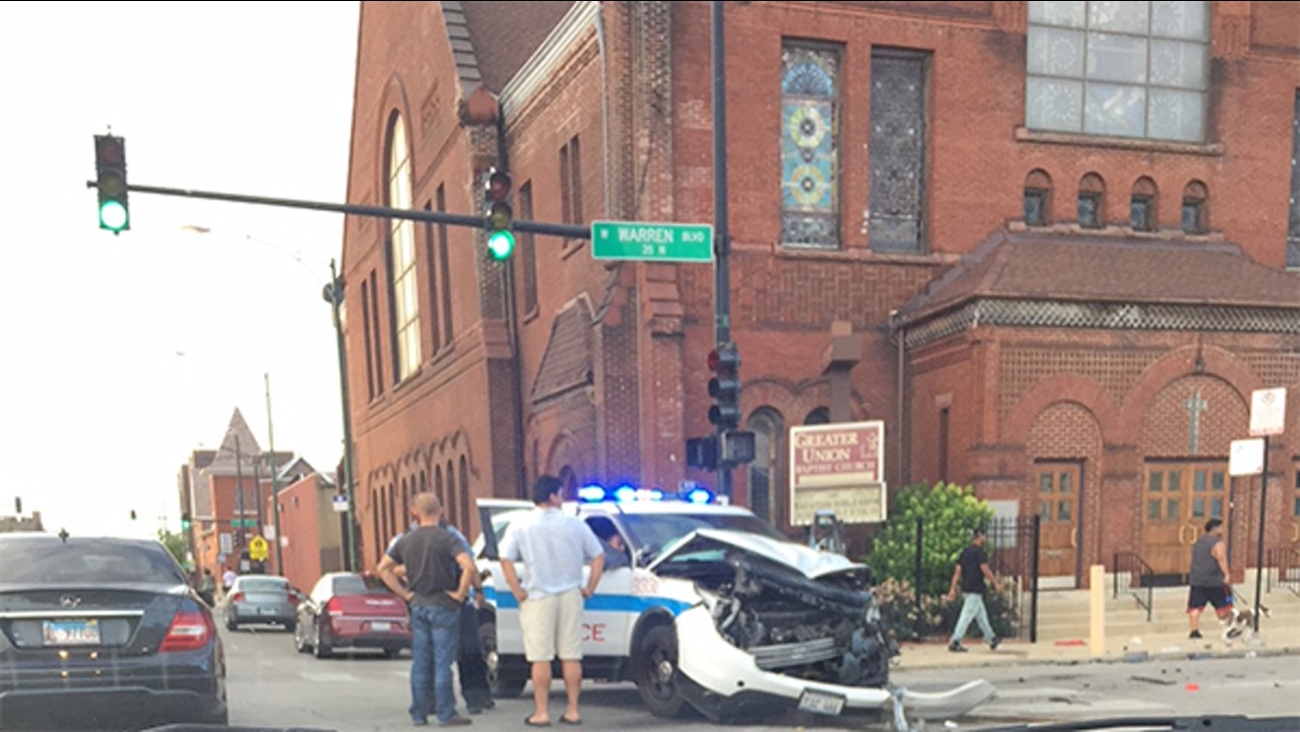 CHICAGO (WLS) -- Chicago police said two officers were injured when a civilian vehicle failed to yield and crashed into their squad car near the United Center on the Near West Side.

Police said the officers were responding to a call about a person with a gun and had their lights and sirens traveling northbound on North Damen Avenue when another car going east on West Warren Avenue failed to yield and hit the squad.

The officers were taken to a local hospital in stable condition, police said.