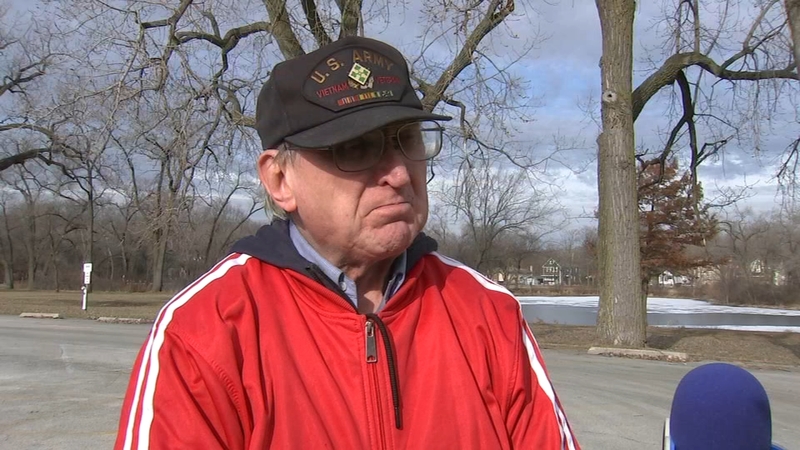 CHICAGO (WLS) -- The Third Congressional District race has political rivals banding together for a common cause, condemning a neo-Nazi who is making another run for Congress.

Illinois' Third District includes parts of west and southwest suburban Cook County, as well as a portion of Chicago's Southwest Side.

Republican congressional candidate Arthur Jones makes no apologies for being a Holocaust denier.

After running unopposed in the Republican primary in 2018 and then garnering more than 57,000 in the general election, he lost to incumbent Dan Lipinski. Now Jones is running again, but this time against two other Republicans.

"I don't think I'll be soundly defeated at all. I think I'll absolutely overwhelm my opposition in the Republican Party and I think I've give Dan Lipinski a doggone good fight," Jones boldly predicted.

"Well, Art Jones' anti-Semitism and racism are completely unacceptable and have to be condemned, as I did last time that he ran," said Rep. Dan Lipinski, (D-3rd District).

Democrat Marie Newman, who narrowly lost to Lipinski in 2018 and is running against him again, preached a similar message.

"I just want to be crystal clear about this, is that we must condemn Art Jones, full-throatedly. Absolutely we cannot condone his behavior," said Marie Newman, Democrat candidate for Congress.

Jones also faces strong opposition from the Republican Party, which was embarrassed in 2018 when Jones got on the ballot because no other candidate ran against him.

"We'll use every means available to us, social media, and our press releases, everything, to ensure that Republican voters do not vote for Arthur Jones in the primary," said Tim Schneider, Chairman, Illinois Republican Party.