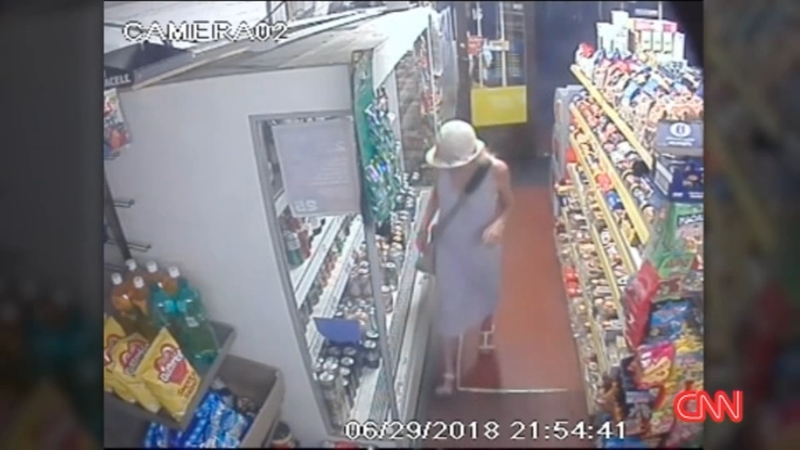 A woman who was exposed to a Soviet-era nerve agent in Amesbury, England, died on Sunday, the Metropolitan Police said in a written statement.

The woman, identified by police as Dawn Sturgess, 44, was exposed to Novichok earlier this week after handling a contaminated item. The same nerve agent was used to poison former Russian spy Sergei Skripal and his daughter Yulia in March.

"This is shocking and tragic news. Dawn leaves behind her family, including three children, and our thoughts and prayers are with them at this extremely difficult time," Assistant Commissioner Neil Basu, head of UK Counter Terrorism policing, said Sunday.

Test samples from Sturgess and Rowley show they were exposed to Novichok "after touching a contaminated item with their hands," police said in a news release.

Detectives are working to identify the source of the contamination, police said, but a source has not yet been established. Police said there is no evidence that either Sturgess or Rowley visited any of the sites where former the Skripals may have been poisoned. Skripal was discharged from the hospital in May and his daughter was released in April.

"We are not in a position to say whether the nerve agent was from the same batch that the Skripals were exposed to," police said. "The possibility that the two investigations might be linked is clearly a key line of inquiry for police. However, it is important that the investigation is led by the evidence available and the facts alone."

UK Home Secretary Sajid Javid called Thursday for Russia to provide explanations after it was confirmed that Sturgess and Rowley were exposed to the same nerve agent as Skripal and his daughter.

Russia has denied any involvement. Still, more than 20 other countries have expelled Russian diplomats in a show of support for the UK.

"This terrible news has only served to strengthen our resolve to identify and bring to justice the person or persons responsible for what I can only describe as an outrageous, reckless and barbaric act," Basu said.

Novichok, which works by causing a slowing of the heart and restriction of the airways, is one of the world's rarest nerve agents. Very few people outside of Russia have experience with it.

It was first developed in secret by the Soviet Union during the Cold War in the 1980s, as a means of countering US chemical weapons defenses, but was revealed to the world by former Soviet scientist and whistleblower Vil Mirzayanov.

Mirzayanov told CNN that Novichok is up to 10 times as potent as VX, the weapon used to kill Kim Jong Un's half brother, Kim Jong Nam, in 2017.