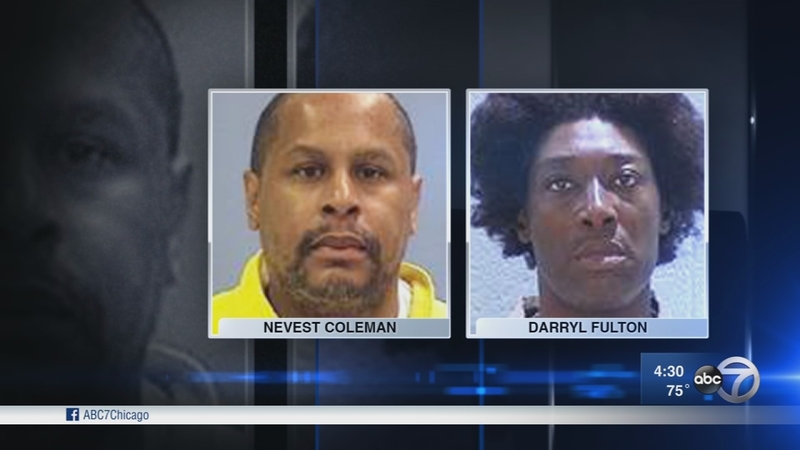 CHICAGO (WLS) -- New DNA evidence may exonerate two men who are serving time in Illinois prisons for a 1994 crime they may not have committed, the Cook County State's Attorney's Office said Monday.

Lawyers for Nevest Coleman and Derrell Fulton were in court Monday pleading their case.

In 1994, at the time of the crime, Coleman worked on the grounds keeping crew at Comiskey Park. Weeks after she went missing, 20-year-old Antwinica Bridgeman was found dead in the basement of Coleman's Englewood home. Coleman and his neighbor, Darryl Fulton, were charged with Bridgeman's murder. Coleman had no criminal history until his arrest.

"It boggles my mind that Coleman all of a sudden, at the age of 25, participated in this horrific rape and murder, it just doesn't happen," said Russel Ainsworth, Coleman's attorney.

Ainsworth said DNA taken from Bridgeman's underwear, sweatshirt and fingernails match a serial rapist who remains at large. He said Coleman and Fulton's convictions were only based on coerced confessions by Chicago police.

"The detectives who coerced his confession have been implicated in dozens of other instances of misconduct," said Ainsworth.

Chanequa Allen, Coleman's daughter, was only two years old when her father was arrested and eventually convicted of the brutal murder and rape. But new DNA evidence is giving Coleman's family hope that he may be coming home soon.

"I cry at night because I miss my daddy so much, I know he has missed out on a lot of birthdays, graduation," said Allen.

"I believed my brother from day one," said Jennice Coleman, Coleman's sister. "I know he is going to come home innocent."

Ainsworth is asking a judge to release Coleman on bond while the state waits for the results of additional DNA tests. While Coleman's close-knit family has been waiting 23 years, they are prepared to wait a little longer.