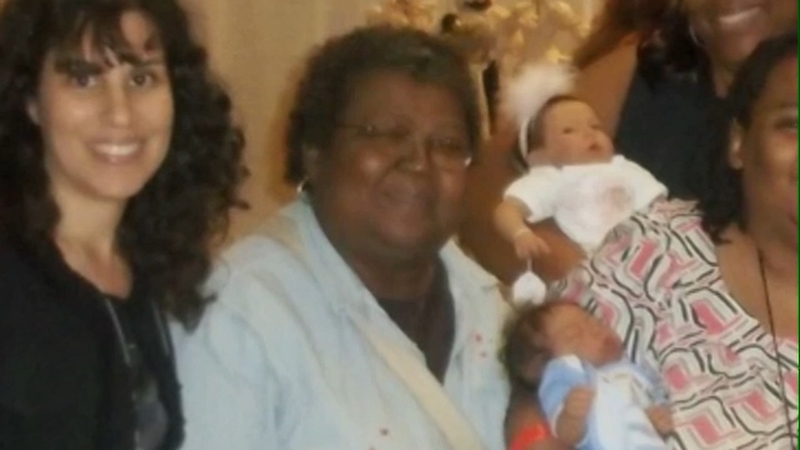 NEWARK, New Jersey -- A woman in hospice care died just hours after the utility company cut off the power to her New Jersey house because of an overdue bill.

Linda Daniels, 68, relied on an oxygen tank powered by electricity to breathe. She died on Thursday in her Newark home after suffering from congestive heart failure.

Her daughter, Desiree, was with her that day.

"We put one ice pack here by her side and one on the other side. We were fanning her. It was so hot in here, she couldn't breathe - it was unbearable," she said.

Since Daniels' primary oxygen, which plugs in, didn't work, they used a smaller reserve, and when that was empty, they called EMS.

Paramedics did come with a portable unit --- the entire time, the family called PSEG, the utility company, pleading to turn the power back on.

"One rep told me to stop calling, that there were too many tickets in the system," said Desiree. "PSEG said 'Oh, we're on our way.' Kept telling us that, but no one showed up."

Desiree said, as required, her mom's medical equipment was registered with the utility company. The power had been shut off because Daniels had fallen behind on payments. As of May 29, there was a balance of about $1,800, but another bill indicates $300 was sent in in April, $450 another month, and July 3, two days before Daniels died, $500 was sent in.

PSEG said that it did notify the customer that their account was behind and service would be terminated.

"Because there was no response from the customer, the customer was shut off. They had not notified us of any medical circumstances in the home."

Power was restored Friday, the day after Daniels died.

"She was the matriarch of this family - she was the glue that held everything together," said Desiree.

Newark Police are now investigating, and PSEG said it is reviewing its records.