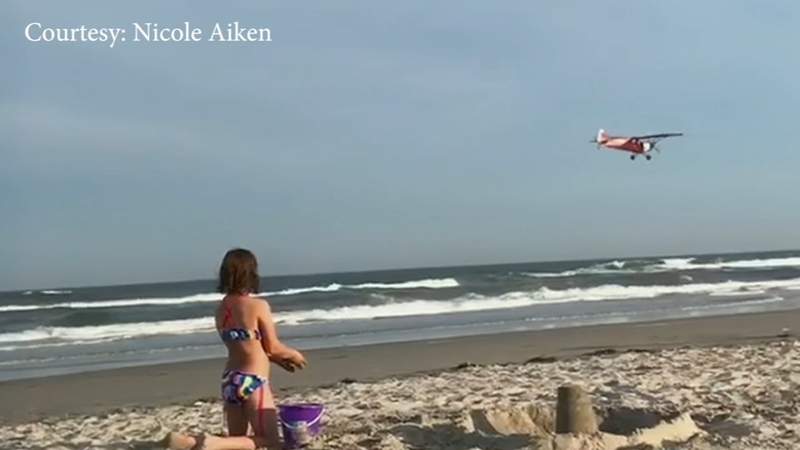 CAPE MAY, N.J. -- Witnesses tell authorities the pilot of a small plane was seen running away after illegally landing on a secured beach in Cape May, New Jersey.

Closed circuit cameras caught the plane landing at 7:52 p.m. Sunday at the United States Coast Guard Training Center Cape May.
The training center is in a heightened state of security until the incident gets resolved.

A family captured video of the plane flying low over Wildwood earlier Sunday evening. The father can be heard yelling for his young girls to get out of the water for safety.

Viewer Video: Plane prior to landing on Cape May beach (Courtesy: Ryan Stewart)

Another Wildwood resident named Samantha also captured video of the low flying plane in the area.

Several law enforcement agencies, including the Cape May County Police, Sheriff, and the Coast Guard Investigative Services, are looking for the pilot.

It's not known if the pilot was injured in the landing.
EMBED More News Videos