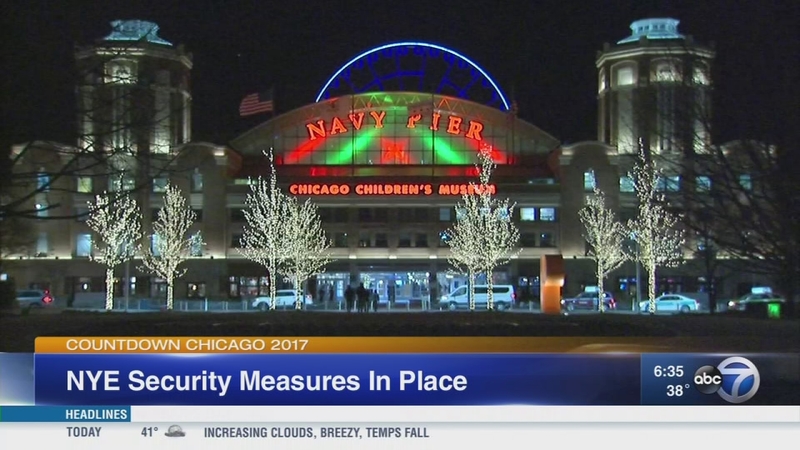 Chicago prepares to ring in the new year

CHICAGO (WLS) -- The countdown to 2017 is officially underway as celebrations have already begun around the world.

Here in Chicago, celebrations are planned across the city, but many people are heading to Navy Pier for the big party and fireworks. The show will last 15 minutes at the stroke of midnight to ring in 2017.

It won't cost anything for people getting to and from Navy Pier if they are taking the CTA, which will be free beginning at 10 p.m. Saturday until 4 a.m. Sunday.

The city wants it to be a safe night security wise too. Concrete barriers are already in place and large trucks will block areas where people are celebrating outside.

It's similar to what the city did for the Lights Festival and Thanksgiving Parade events. There is no immediate threat to the city of Chicago or any cities nationwide.

People who are getting ready to celebrate said they are confident that Chicago police have things handled behind the scenes.

Party shops like Doolin's are gearing up for the big night Saturday.