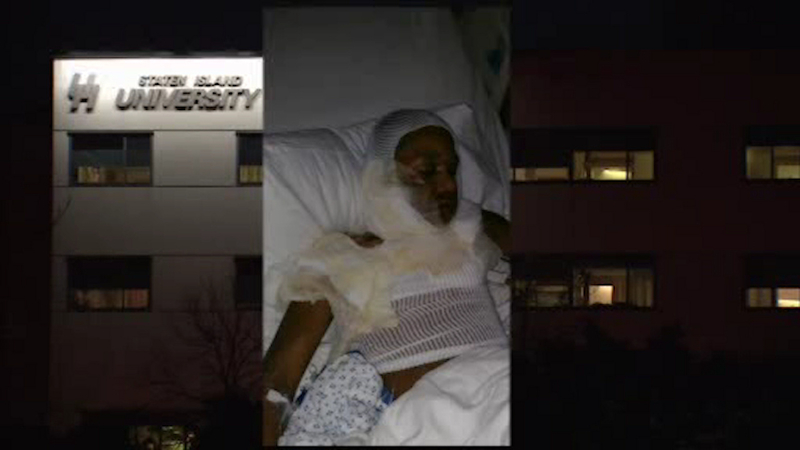 NEW YORK -- A 13-year-old boy with a disability remains in a Staten Island hospital Wednesday with serious burns that his mother says are the result of a bully who deliberately set him on fire.

Ursula Allen says her son, Deandre Bloomfield, was first harassed at his school and then severely burned by a classmate who pretended to be his friend.

Bloomfield has a walking disability that has apparently made him a target of bullies. A suspect has since been arrested, and now, Allen is speaking out, saying her son is covered with second- and third-degree burns, drifting in and out of consciousness and in a lot of pain.

"The kids in the neighborhood do make fun of Deandre because he has a limp," she said. "So they call him 'Limpy.' And all he just wants is a friend to accept him and call him by his name."

She has been by her son's bedside in Dongan Hills since the boy was burned on his face neck and chest. The suspect, also 13, allegedly sprayed a cologne on him and lit a match into the stream.

Allen says the suspect pretended to befriend Deandre and asked him over his house last Wednesday.

"This kid was just vicious," she said. "He torched his...face and his neck and his chest."

She says she might be most angry at the suspect's mother, who she says left Deandre in agony and failed to call 911. The boy put the flames out by rolling around on the floor.

"His mother and his sister tried to cover it up," she said. "They waited two hours to call the authorities, two hours to call me. In pain, the whole time, screaming. They tried to put him in the shower, they changed his clothes. They did so much covering up, and I'm angry."

Allen is hoping that her son will take some comfort in knowing that all of New York City is pulling for him.

The suspect is not being named because of his age, and he has already been released from custody. Allen wants authorities to go after the adults who were in that apartment.