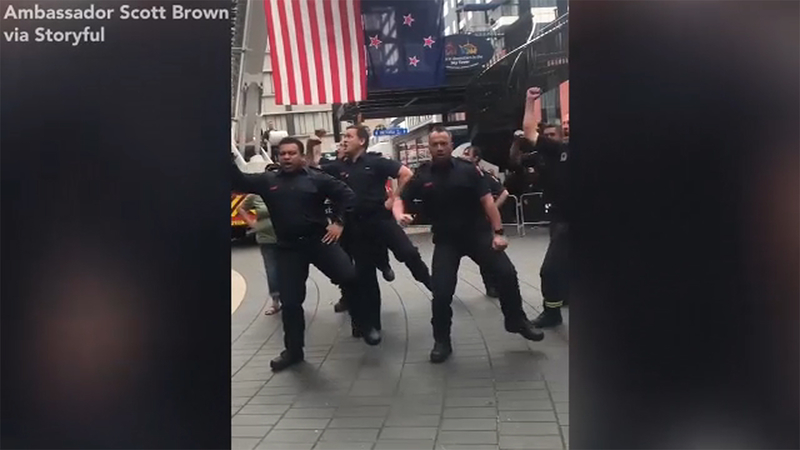 AUCKLAND, New Zealand -- Firefighters in New Zealand performed a haka to pay tribute to the bravery and sacrifice of first responders who died in the line of duty on September 11th.

After the haka, more than 200 firefighters climbed the stairs of the 328-meter high tower in memory of their American counterparts.

Three chiefs from the New York Fire Department attended the event, according to TVNZ.