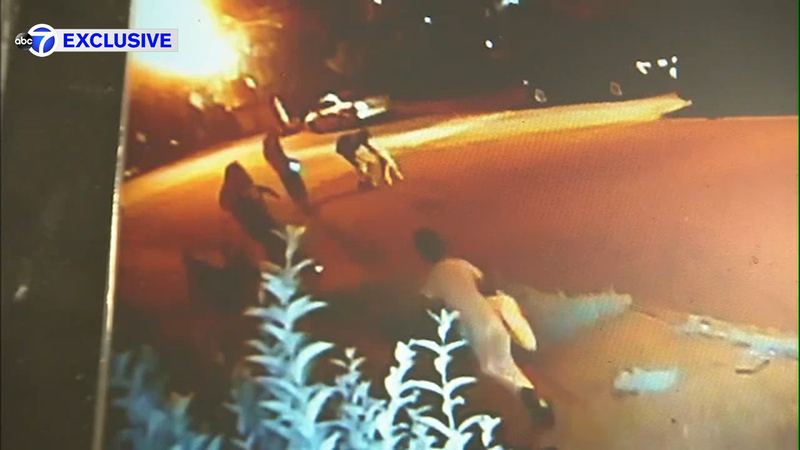 NEWARK, New Jersey -- Police in Newark are investigating after a woman and her family were attacked by a pit bull Wednesday night.

AJ Ross reports on the dog attack in Newark.

The dog, who was not on a leash, can be seen running away from its owner, charging at the victim and jumping on her.

The owner and another man are then seen wrestling the dog before the owner is able to rein him in and regain control.

"The kid in the stroller was laying on the floor and the mother was getting bit up and that's when the father intervened and started fighting with the dog," a witness who did not want to be identified said.

The children and the man with the victim were not injured.

The victim was transported to University Hospital for treatment of non-life-threatening injuries.

Police are still searching for the dog and owner after they fled the scene. Anyone with information that could help locate the dog and its owner is asked to call police.